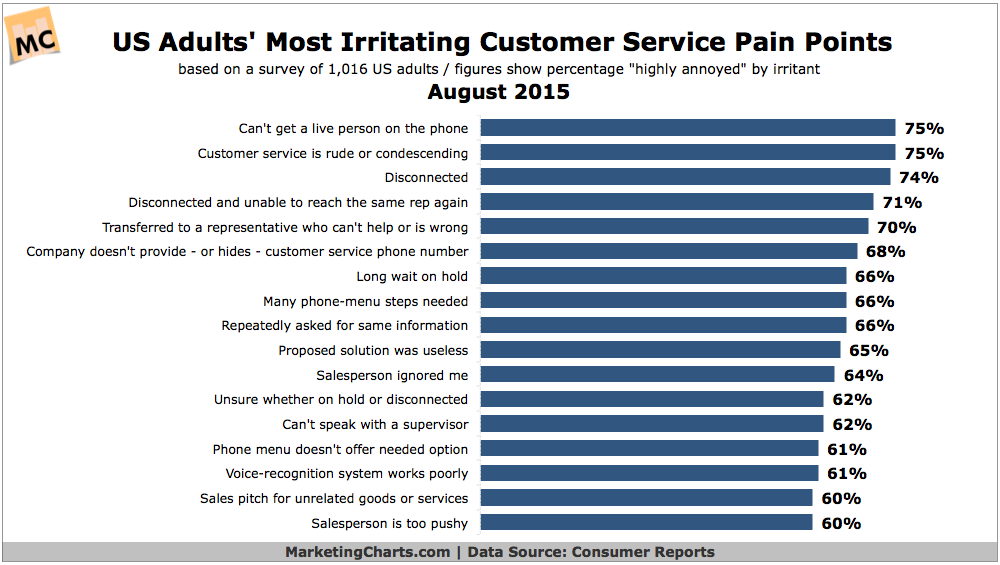 Almost 9 in 10 consumers have contacted customer service at some point in the past year, according to a recent survey from the Consumer Reports National Research Center. The study found that poor experiences abound, with half of respondents reporting having left a store without making an intended purchase because of poor service, and 57% hanging up the phone without resolving their issue. So what are their top irritants?

The survey identified numerous pain points and asked respondents to rate them on a 10-point scale, from “not annoying at all” to “tremendously irritating.” The top irritants in terms of the percentage “highly annoyed” by the practice, were: