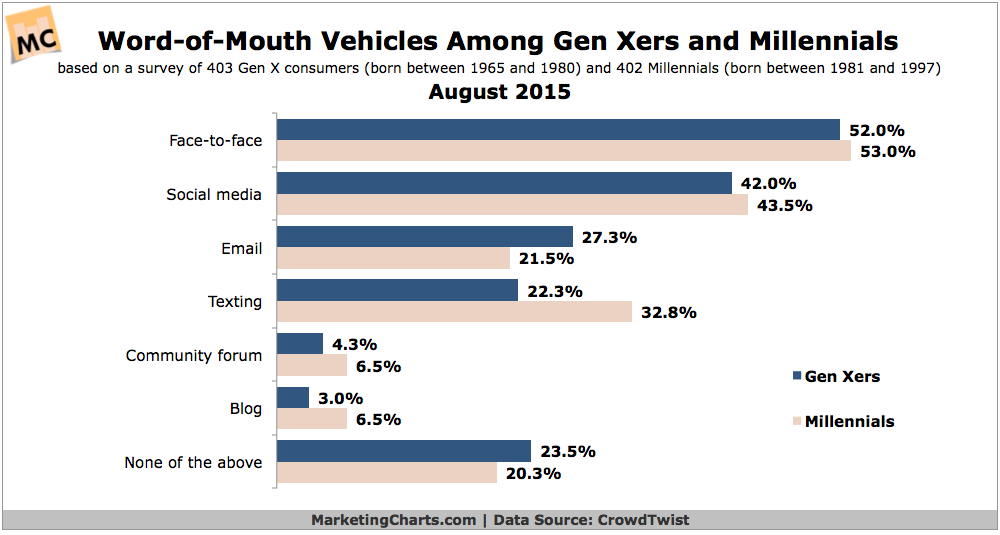 Both Millennials and Gen Xers say they’re more likely to spread the word about their favorite brands and products face-to-face than via social media, according to results from a CrowdTwist study. Beyond those two leading word-of-mouth vehicles, though, email proves more popular among Gen Xers while texting is more apt to be used by Millennials.

The results are from a survey of 1,208 North American consumers ages 18-69, from which subsets of 403 Gen X consumers (born between 1965 and 1980) and 402 Millennials (born between 1981 and 1997) were examined in separately-released reports. (The report examining Boomers has yet to be released; presumably, face-to-face will also be a more popular W-O-M vehicle than social media among this group of respondents.) Read the rest at MarketingCharts.