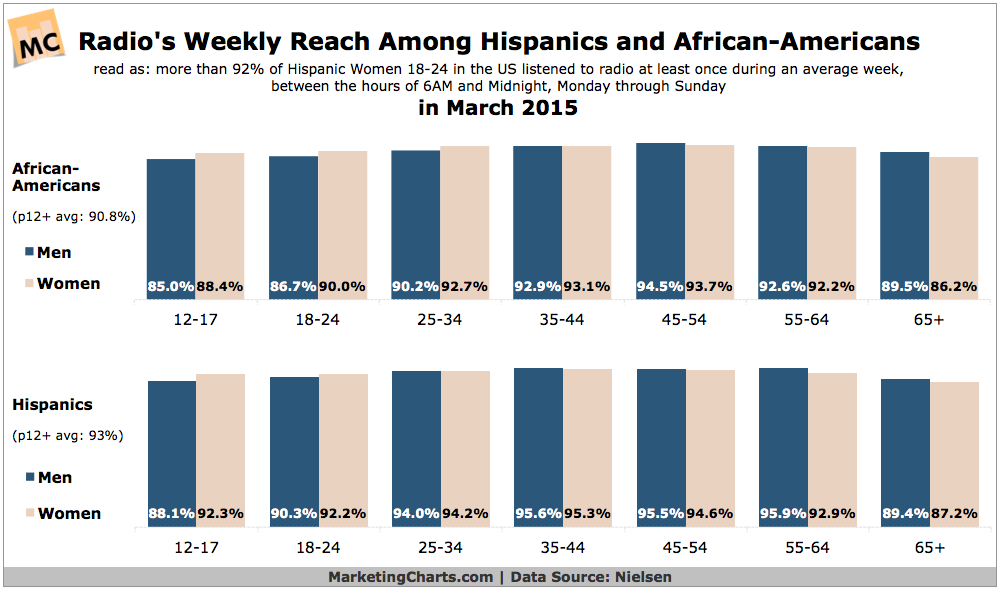 In March, more than 9 in 10 Hispanics (93%) and African-Americans (90.8%) ages 12 and older listened to the radio at least once during an average week between the hours of 6 AM and midnight, according to a Nielsen report. Among both racial/ethnic groups, penetration was broadly consistent among genders, though slightly higher among women in the younger age brackets and among men in the older brackets. Read the rest at MarketingCharts.