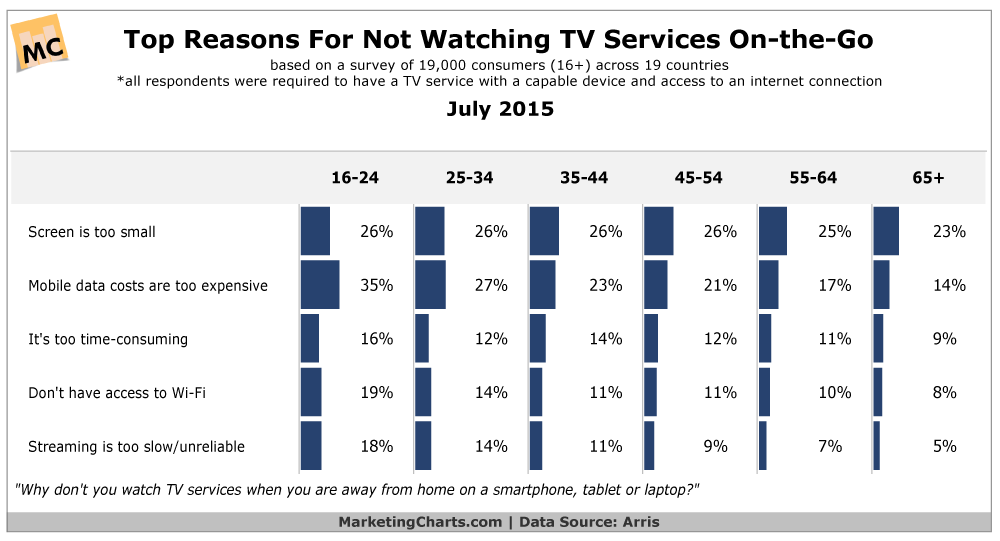 Mobile TV – defined as watching TV services while away from home on a smartphone, tablet or laptop – is growing in frequency, says Arris in its latest global Consumer Entertainment Index report. While youth are the most likely to watch on-the-go, the biggest year-over-year increase came among older consumers. For example, 30% of those aged 65 and older reported watching at least sometimes, up from 19% the previous year. Among those not watching, the screen being too small (26%) was the leading reason, though youth were most likely to complain about mobile data costs being too expensive. Read the rest at MarketingCharts.