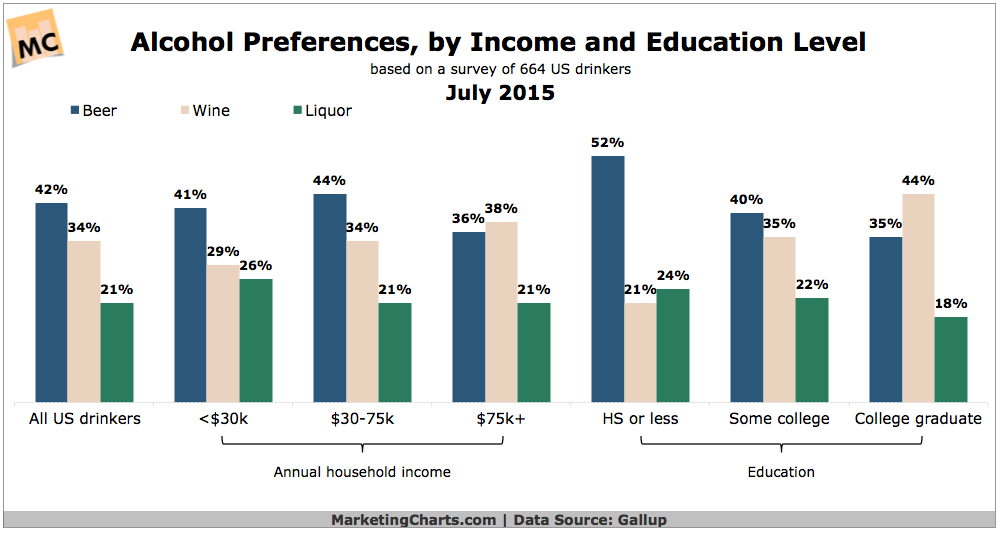 Self-reported alcoholic consumption is far higher among Americans from high-income households ($75k+) than lower-income households (<$30k), with 78% of the former and 45% of the latter occasionally drinking, per a Gallup survey. Similar discrepancies were also found by education level, and among drinkers, those with higher annual household incomes and education levels reported being more frequent drinkers. Interestingly, middle- and lower-income drinkers favor beer over wine and liquor, though wine edges beer as the most common alcoholic beverage among higher-income Americans.

Wine is a clearer winner among college graduates, while beer takes precedence among those with some college education and those with a high school education or less. Read the rest at MarketingCharts.