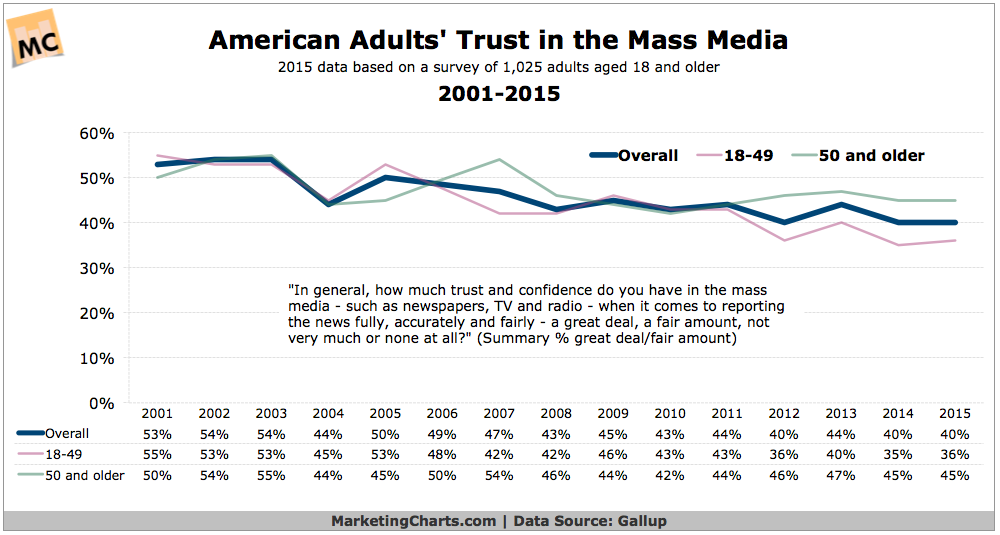 Trust in the mass media remains at a record low, according to Gallup, with just 40% of American adults surveyed reporting a great deal or fair amount of trust in the mass media – such as newspaper, TV and radio – when it comes to reporting the news fully, accurately and fairly. Trust has fallen from a high of 55% in 1999, with the erosion most significant among Americans aged 18-49, of whom just 36% now trust the mass media. Read the rest at MarketingCharts.