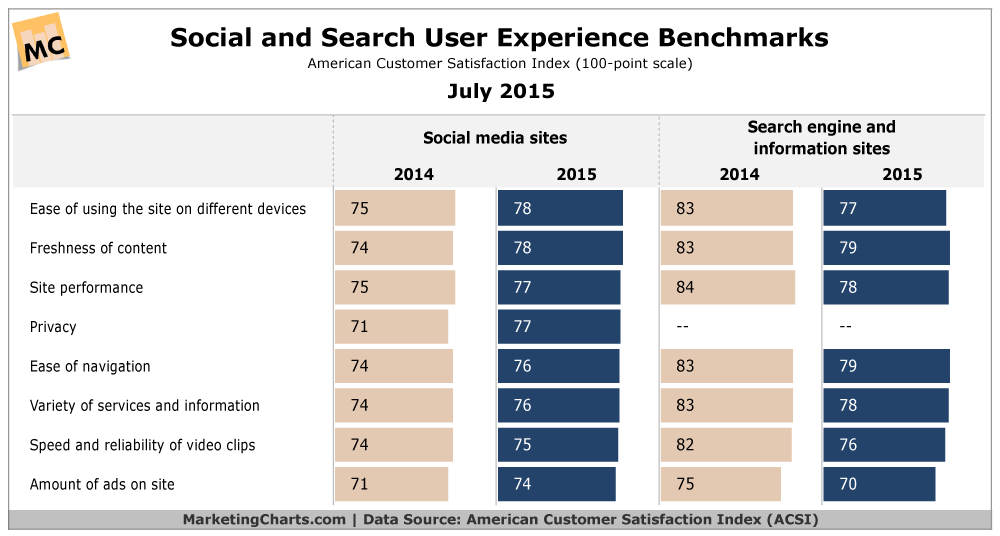 Customer satisfaction with social media sites has risen by 3 points to 74 on a 100-point scale as visitors report growing satisfaction with a variety of user experience elements ranging from privacy to the amount of ads on the sites. That’s according to the American Customer Satisfaction Index (ACSI), which released its latest annual E-business report this morning.

The category leader continues to be Pinterest, with its score of 78 up a couple of points year-over-year and nearing the ACSI’s threshold of excellence (80). Pinterest is followed in the rankings by Wikipedia (+3 to 77), YouTube (+3 to 76) and Instagram, which debuted above the category average of 74, with an index of 76. The other social platform making its debut this year, Tumblr, placed near the bottom of the list with a score of 79. Read the rest at MarketingCharts.