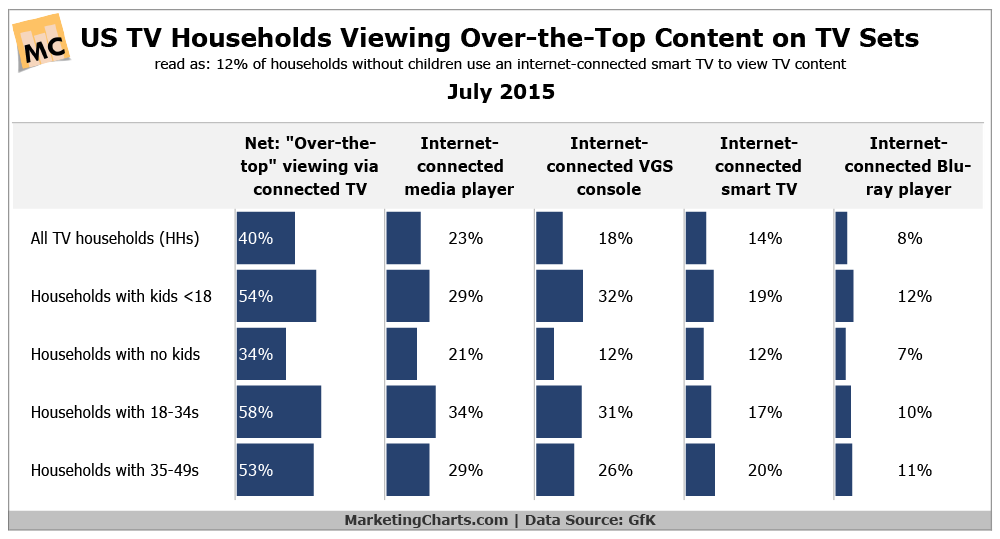 4 in 10 US TV households stream video over connected TVs, most commonly via an internet-connected media player (23%), reveals GfK in a recent study. The results indicate that TV households with kids under 18 (54%) are far more likely than those without kids (34%) to watch OTT content via a connected TV, with the former particularly apt to watch via an internet-connected VGS console (32%). Not too surprisingly, TV households with at least one Millennial (18-34; 58%) and those with at least one Gen Xer (35-49; 53%) also demonstrate an above-average likelihood to watch OTT content via a connected TV.

Meanwhile, Hispanics (42%) and whites (40%) hew closely to the national average in terms of streaming via connected TV, with African-Americans (29%) below-average in this regard. Read the rest at MarketingCharts.