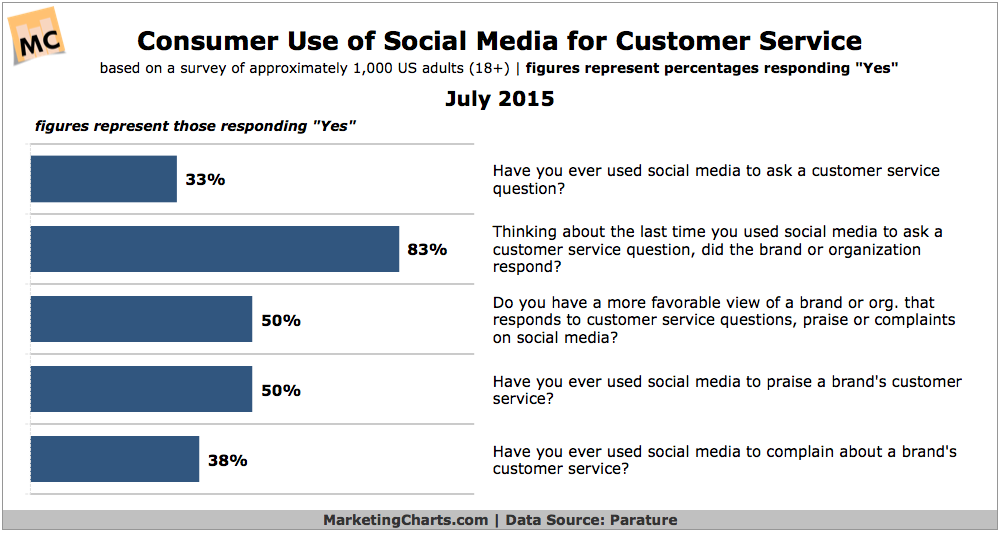 One-third of US adults (18+) report having ever used social media to ask a customer service question, and 83% say they received an answer the last time they did so, according to results from a Parature survey. That’s a more encouraging result than seen in several other studies that have shown social response rates from brands to be less than ideal, including a recent Socialbakers report that found 74% of questions to be answered on Facebook but just 30% on Twitter. Source: Parature