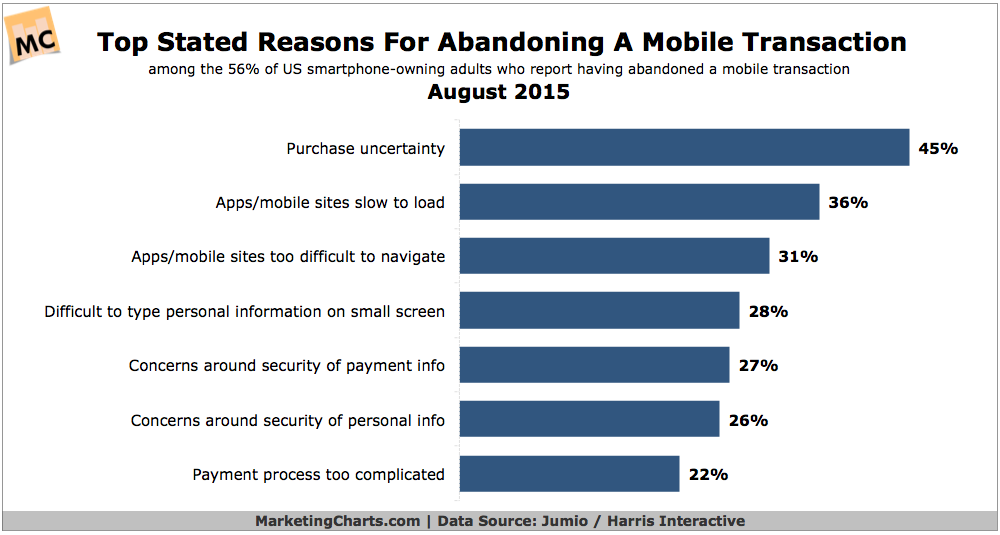 A majority (56%) of US smartphone owning adults have abandoned a mobile transaction, according to Jumio, though this figure is down from 66% in a similar survey conducted in 2013. Among those who have abandoned a mobile transaction, purchase uncertainty (45%) was the top reason cited, followed by slow load times (36%) and difficulty with navigation (31%). These usability concerns appear to outweigh security concerns around payment (27%) and personal (26%) information, per the survey’s results, though other research suggests security concerns are still prevalent. Source: Jumio