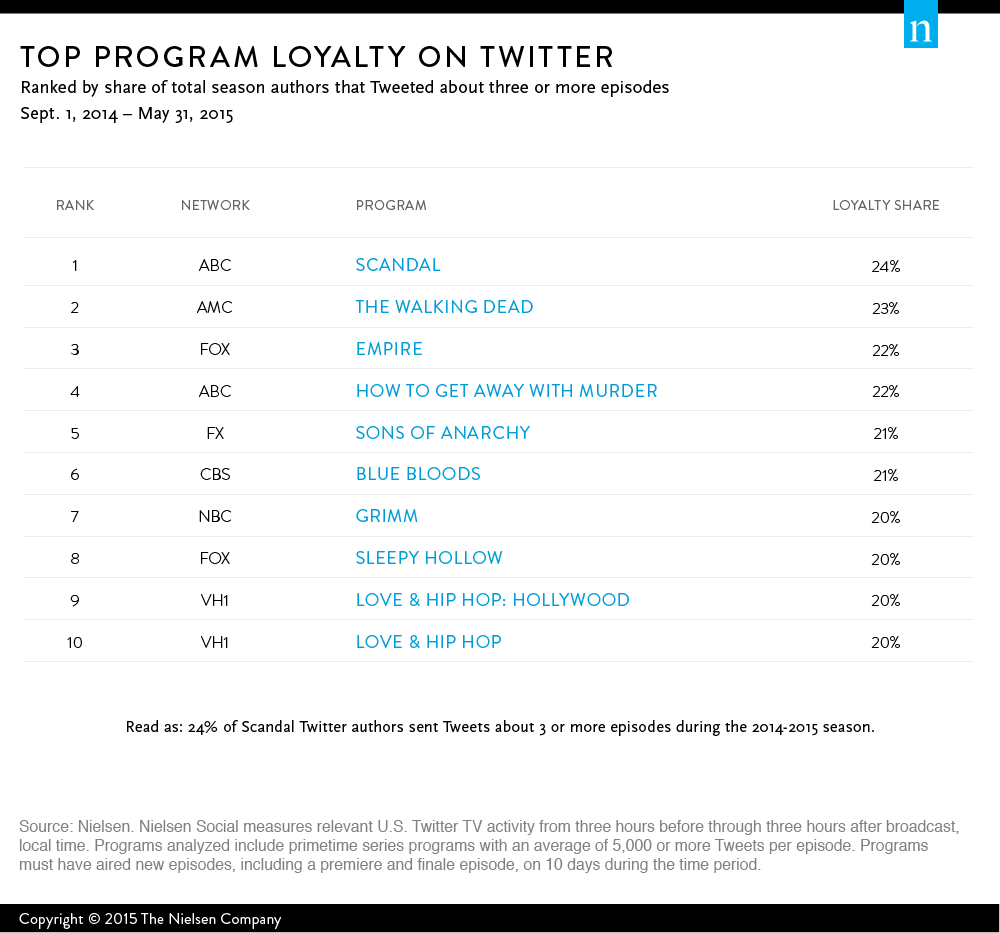 The Nielsen study also revealed which programs had the most socially loyal fans during the past TV season. Social loyalty was defined as the share of authors who Tweet about three or more episodes during a season. For the top loyal programs up to 24% of authors posted with such a frequency over the course of the season. Read the rest at Nielsen.