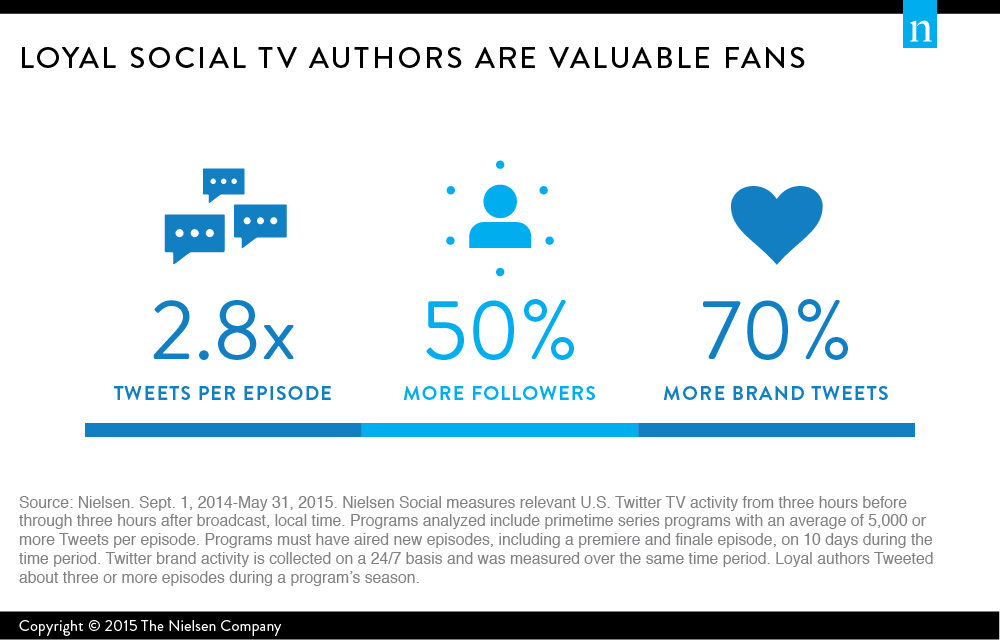 In addition to their loyalty, social TV fans who Tweeted about three or more episodes also exhibited other traits that could be valuable for TV networks and advertisers. On average, these authors sent nearly 3 times as many Tweets per episode than other authors. They were also found to have more followers and sent more Tweets about brands. Identifying and cultivating relationships with loyal authors could be powerful for TV networks and advertisers as they each look to maximize earned media driven by TV content and advertising. Read the rest at Nielsen.