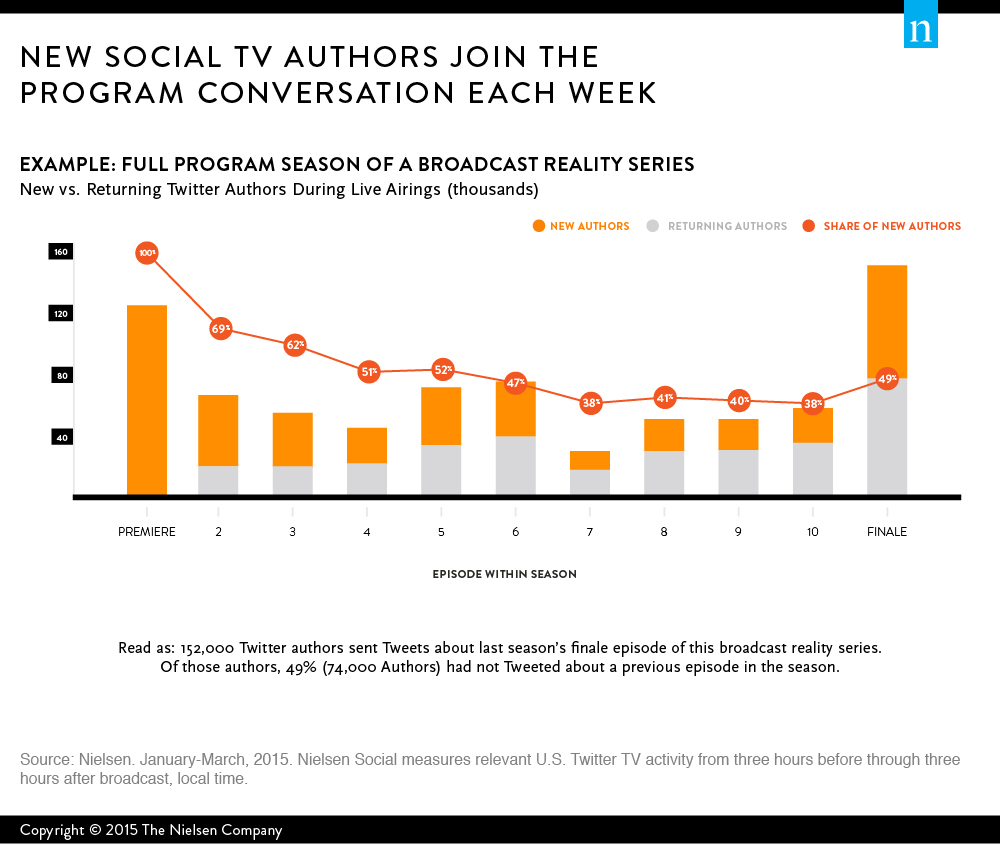 The Nielsen study found that the total number of individual Twitter authors that Tweet about a program across a season is significantly larger than the number of individuals that contribute to program-related conversation in a given week. For the programs in the study, an average of 10 times as many authors Tweeted about a program in total across a season compared with the number of authors who contributed in an average week.

So, new voices jump into the conversation throughout the season, with fans that have never posted before commenting along side others that post more frequently. Read the rest at Nielsen.