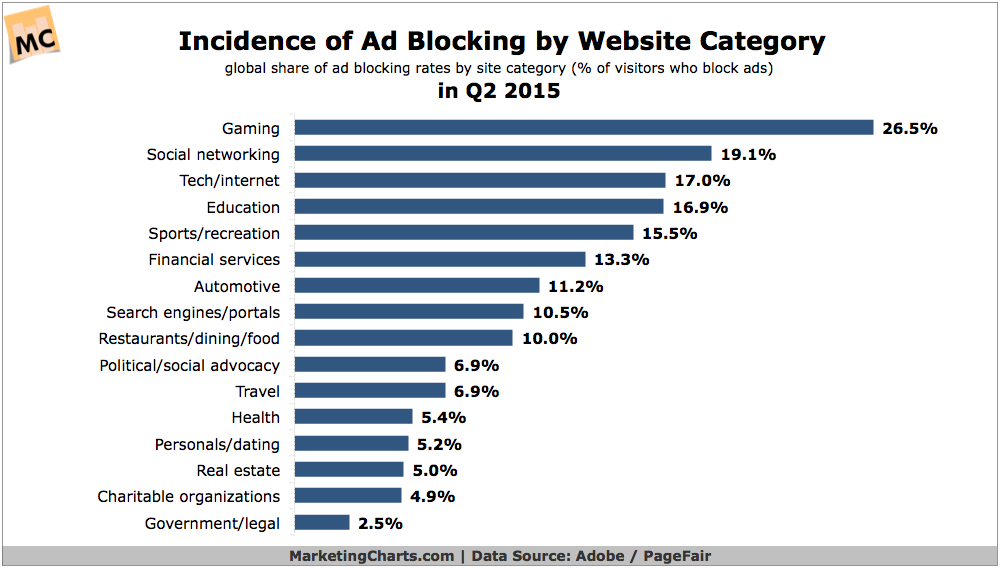 Globally, the number of internet users who use ad blocking software grew by 41% year-over-year in Q2 and reached 198 million in June, according to a recent study [PDF] from Adobe and PageFair, which pegs the economic toll of this activity at $11.7 billion globally last year. The study indicates that 16% of the US online population blocked ads in 2015; separately, a new survey from Kelley Scott Madison (KSM) finds 47% of US respondents saying they use ad blocking technology. That report notes, however, that there may be some confusion between ad blocking and cookie data restriction among the respondents. (Almost one-third – 29% – of respondents said they set their browsers to limit/restrict sites from gathering web cookies.)

Of note, the KSM survey finds a high rate of concern with privacy settings among Google Chrome users. That’s interesting in light of the Adobe and PageFair study, which reveals that there are far more ad blocking users on Chrome than on Firefox or other browsers. Chrome is also the main driver of ad blocking growth, per the study. Read the rest at MarketingCharts.