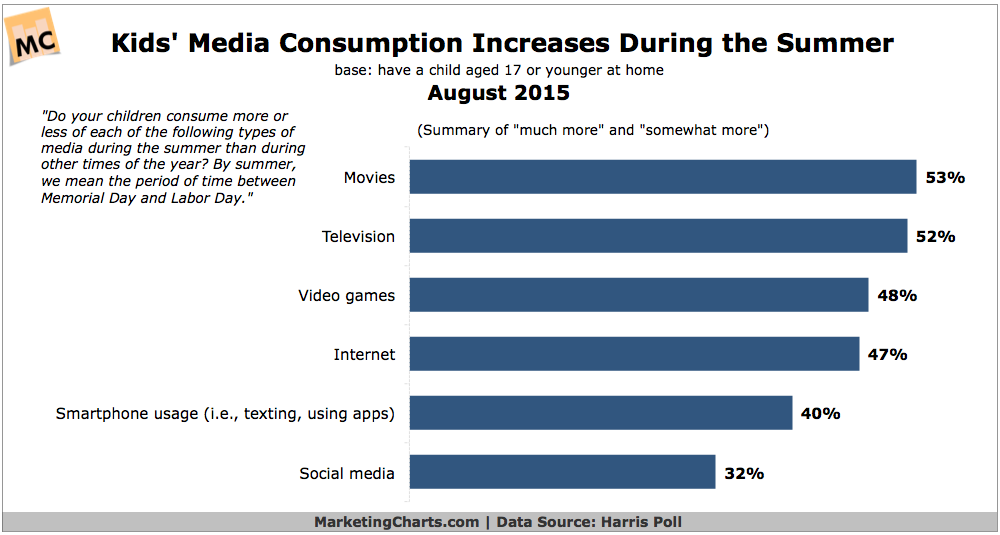 According to the results, a majority of parents say their kids (aged 17 or older living at home) watch more movies (52%) and TV (52%) during the summer, while almost half say the same about their kids’ use of video games (48%) and the internet (47%).

Watching TV ranks as a top-5 “most enjoyable” summer activity across age groups, though is outranked by playing outdoors and swimming. Read the rest at MarketingCharts.