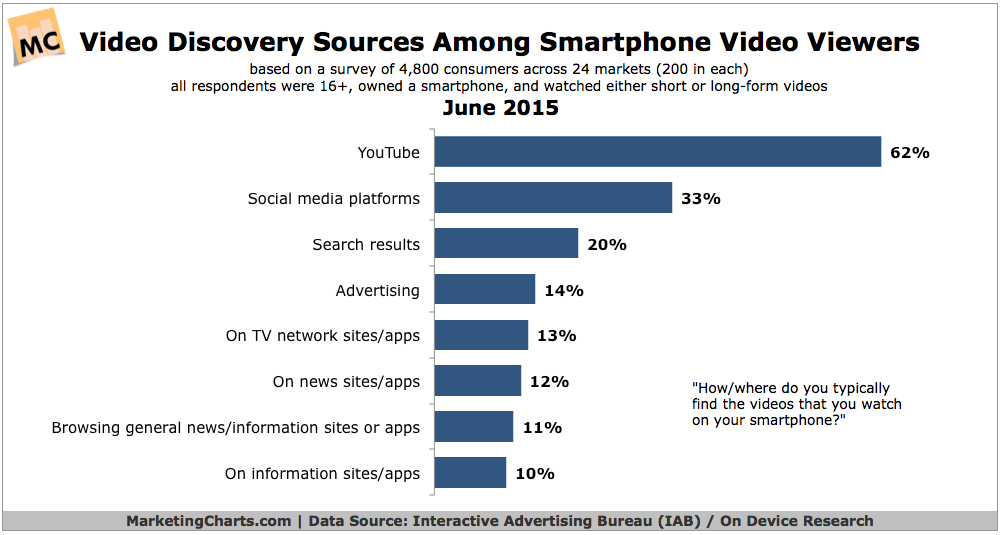 Smartphone video viewers across the world are most likely to typically find the videos they watch on YouTube (62%), with social media platforms (33%) also a significant discovery source, according to an IAB study. Press coverage of the study has centered on the finding that 36% of respondents watch “long-form” videos on smartphones at least daily, but this result needs clarification on a couple of fronts: firstly the 36% figure is among existing smartphone video viewers (not the general population); and secondly long-form is defined as at least 5 minutes in length (as opposed to other long-form definitions, which can refer to content at least 20 minutes in length). Source: Interactive Advertising Bureau (IAB) [PDF]