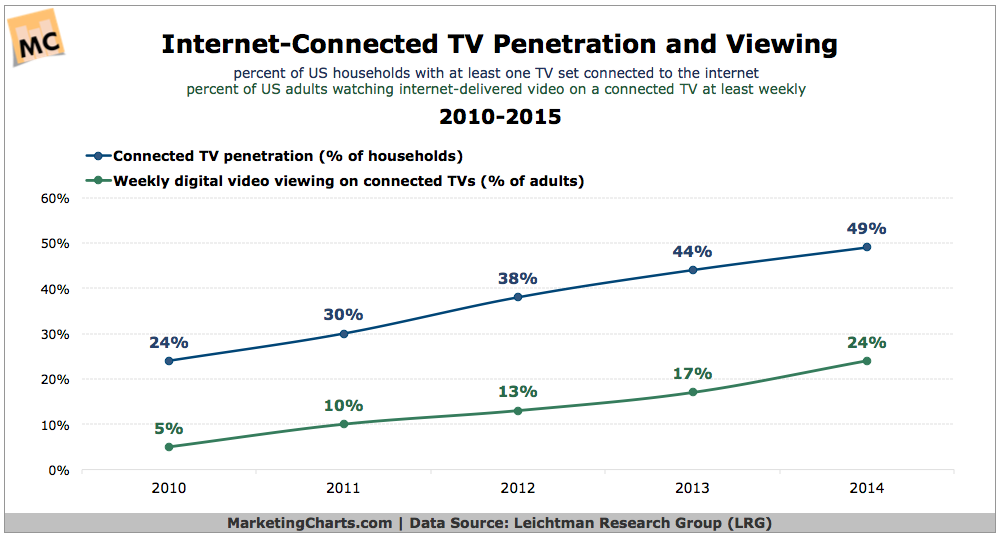 Some 56% of US households have at least one TV set connected to the internet through a video game system, smart TV set, Blu-ray player and/or streaming media device (such as Roku or Apple TV), continuing a climb from 49% last year and 44% the year prior, according to LRG. The study also finds that 29% of US adults watch video on connected TVs at least weekly, up from 24% last year, and that 52% of households have a subscription video-on-demand (SVOD) service from one of the major providers, a figure considerably higher than Nielsen’s 42% estimate in February. Source: Leichtman Research Group (LRG)