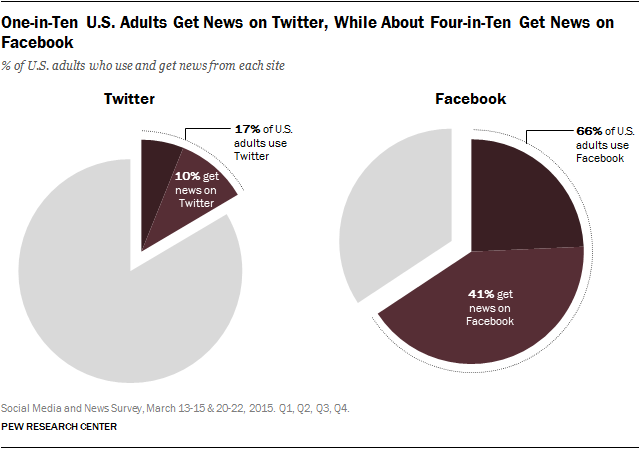 These changes can be tied to many factors including personal behavior, increased activity by news organizations, as well as changes in the platforms’ filtering algorithms or content structures. This increase in exposure to news, defined as information about events and issues beyond just friends and family, emerges as overall usage of each social site has remained steady. Close to two-in-ten (17%) U.S. adults use Twitter and two-thirds (66%) use Facebook, according to the survey. But, since the portion of users who get news on the social networks has grown, more Americans overall are getting news through each site:One-in-ten U.S. adults get news on Twitter and about four-in-ten (41%) get news on Facebook. Read the rest at Pew Research.