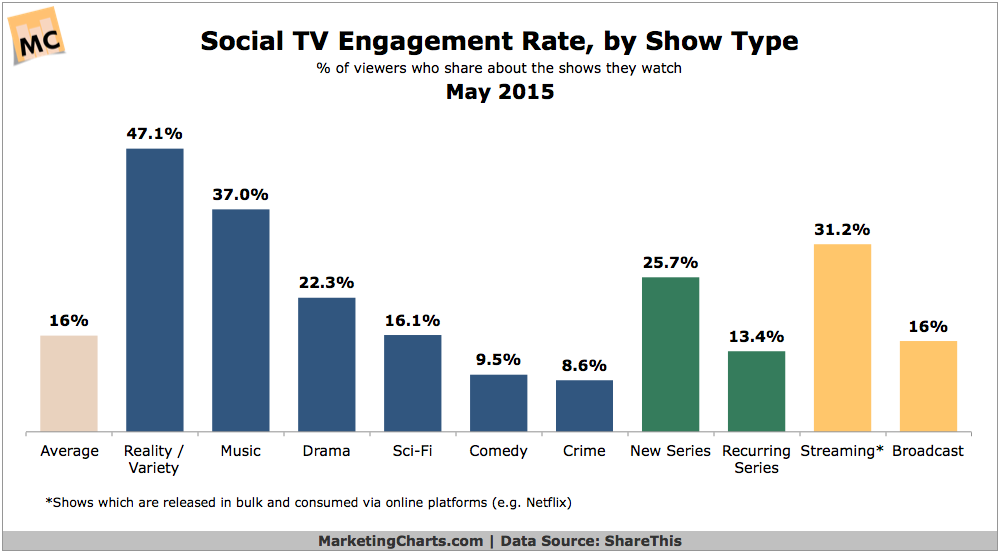 Some 16% of TV viewers on average share content about the shows they’re watching online, with these viewers driving an impressive 11% of all online sharing, according to a report from ShareThis. The study finds that this sharing also leads to TV tune-in, as users who click on shared content about TV series show an above-average inclination to convert to viewers.

Social sharing about TV shows differs widely by genre, ranging from a low of 8.6% of viewers sharing content about crime shows to a high of 47.1% sharing about reality/variety shows. The timing of sharing also varies: while comedy, crime, music and reality/variety viewers are most likely to share during a show as opposed to before or after it, social buzz surrounding drama and sci-fi shows actually decreases during broadcast before spiking post-airing. Read the rest at MarketingCharts.