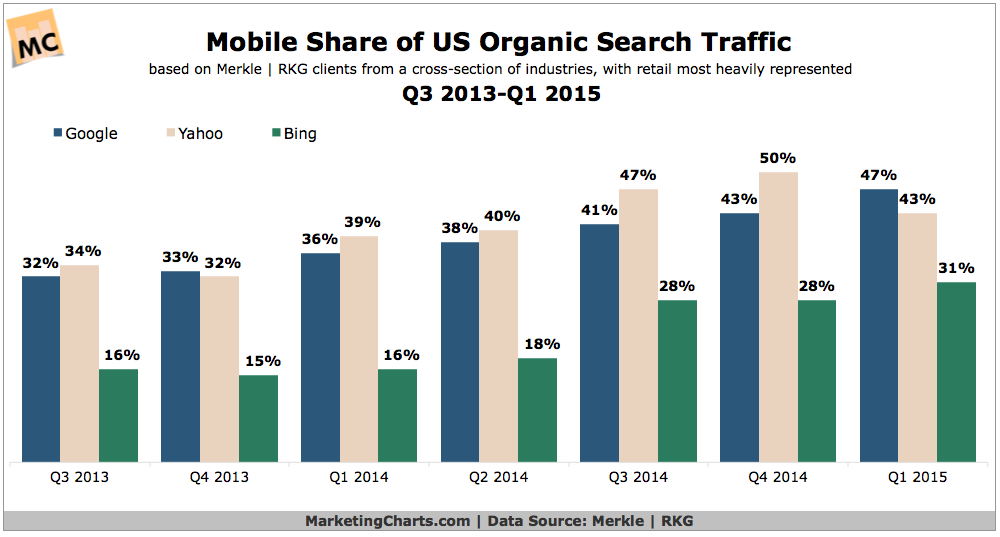 Mobile has grown to account for an estimated 45% share of US organic search traffic in Q1, according to a Merkle | RKG analysis of a cross-section of its clients (most heavily represented by the retail sector). The iPhone (18%) and iPad (12%) alone contributed a combined 30% of organic search traffic, per the report, more than double the share (13%) from Android devices. Separately, mobile’s share of Yahoo search traffic dropped from 50% in Q4 2014 to 43% in Q1, mainly due to increased desktop traffic resulting from the Yahoo-Firefox deal. Source: Merkle|RKG