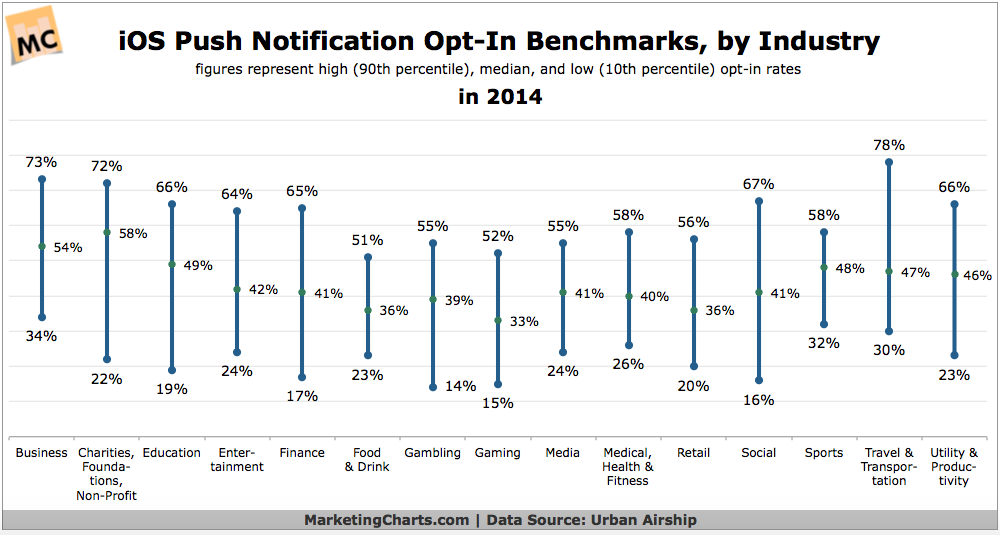 Mobile applications examined by Urban Airship across 15 industries had a median push notification opt-in rate of 42% in 2014, according to an analysis of almost 3,000 apps and 100 billion push notifications sent to to more than 500 million users. Median rates were highest for charity/non-profit/foundation (58%) and business (54%) apps, and lowest for gaming (33%) apps. Top-performing apps (those in the 90th percentile in their categories) had opt-in rates above 50% in each industry, highest for travel apps (78%) and lowest for food & drink apps (51%). Of note, retail (46% to 36%) and media and entertainment (50% to 42%) had the biggest year-over-year declines in median opt-in rates. Source: Urban Airship