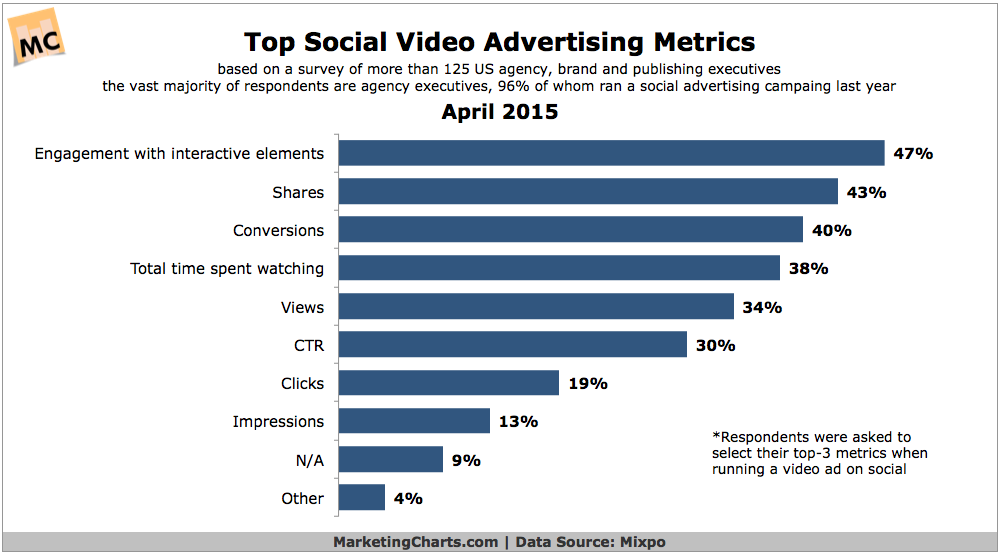 Advertisers running video ads on social media are more interested in metrics such as engagement with interactive elements (47% choosing as a top-3) and shares (43%) than they are with views (34%), according to a Mixpo survey of 125 US agency, brand and publisher executives, almost all of whom had run a social advertising campaign. The survey also finds that while more advertisers ran video ad campaigns on YouTube (77.8%) than on Facebook (63%) last year, this year more plan to run a campaign on Facebook (87%) than on YouTube (81.5%). Source: Mixpo