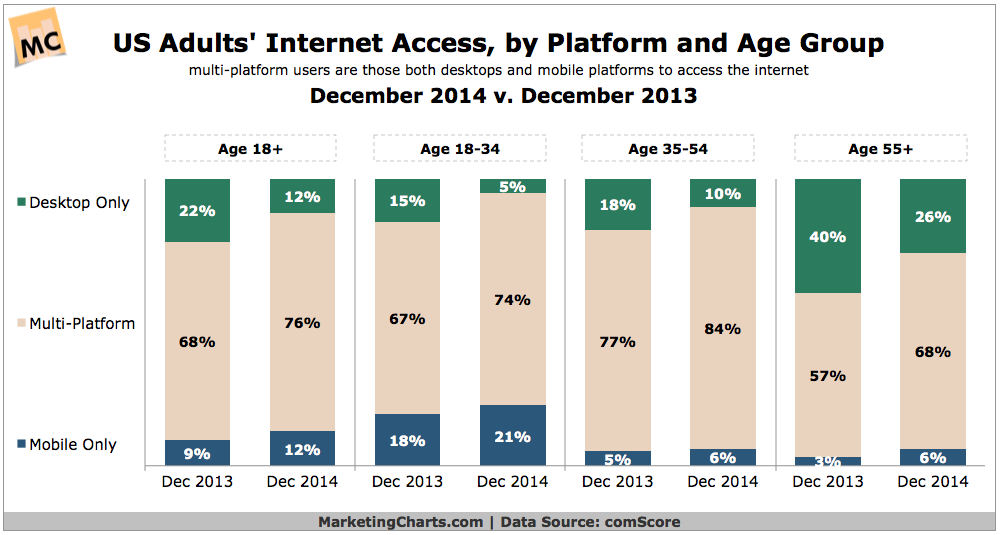 Some 21% of online US adults aged 18-34 accessed the internet using only mobile devices in December 2014, up from 18% doing so last year, according to a recently-released report from comScore. The study also demonstrates that multi-platform use is growing across age groups, with three-quarters of online Americans aged 55 and older accessing the internet either through mobiles only (6%) or through a combination of mobiles and desktops (68%).

Indeed, just 26% of online adults aged 55 and older accessed the internet solely via desktops in December of last year, down from 40% during the year-earlier period. As such, this age group counts as the fastest-growing cohort of mobile users. Read the rest at MarketingCharts.