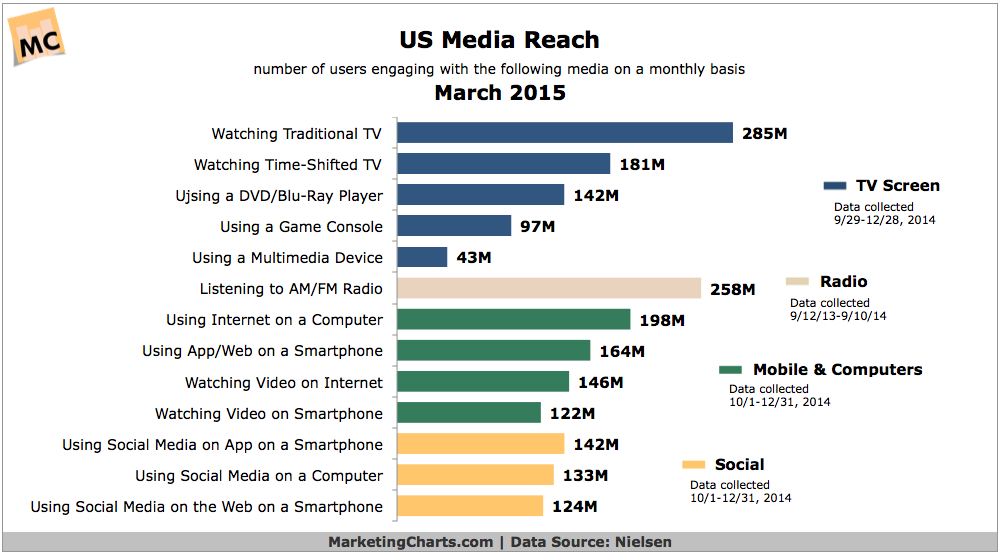 Some 142 million Americans use social media applications on smartphones on a monthly basis, slightly higher than the number using social media on a computer (133 million) and on the web on a smartphone (124 million), according to media universe estimates released by Nielsen. The data also shows that almost 200 million use the internet on a computer monthly, while 164 million use apps or the web on a smartphone. On the traditional media front, 285 million watched traditional TV each month during Q4 2014, while AM/FM radio reaches 258 million listeners per month. Source: Nielsen