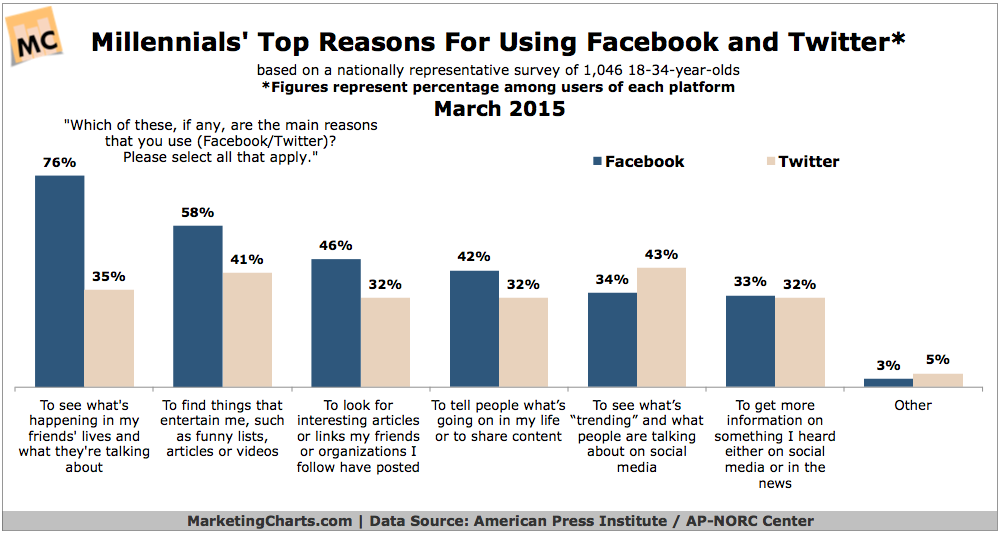 More than 9 in 10 US Millennials (aged 18-34) use Facebook, while fewer than 4 in 10 use Twitter, according to results from a recently-released survey conducted by the Media Insight Project, an initiative of the American Press Institute and The Associated Press-NORC Center for Public Affairs Research. The survey finds that Millennials have different reasons for using each platform, with Facebook use driven primarily by a desire to keep current with friends’ lives and Twitter use more to see what’s “trending.”

Asked which – if any – of several options are the main reasons they use Facebook, respondents were most likely to say they do so to see what’s happening in their friends’ lives and what they’re talking about. Some 69% of respondents cited this option, which works out to about three-quarters of users (just 9% said they don’t use Facebook). Next on the list, 53% of respondents overall (58% of users) reported that a main reason for using Facebook is to find things that entertain them, such as funny lists, articles or videos. Read the rest at MarketingCharts.