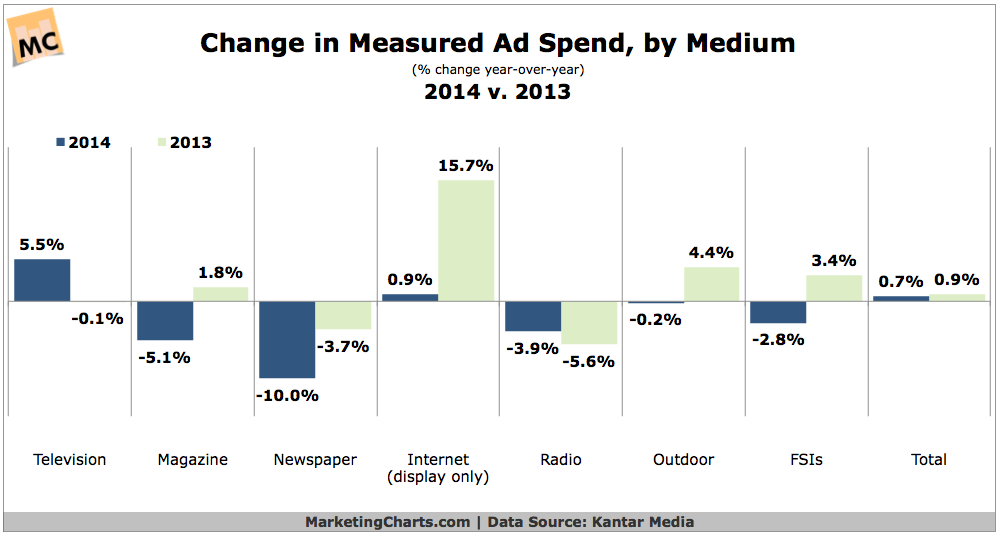 After growing by 0.9% in 2013, US advertising expenditures maintained a similar rate of growth of 0.7% in 2014 to reach $141.2 billion, according to the latest figures from Kantar Media. That registers as the 5th consecutive year of gains (which are not adjusted for inflation), though the figure represented a fairly slow rate for a year which featured the World Cup as well as political and Olympic (P&O) spending. Read the rest at MarketingCharts.