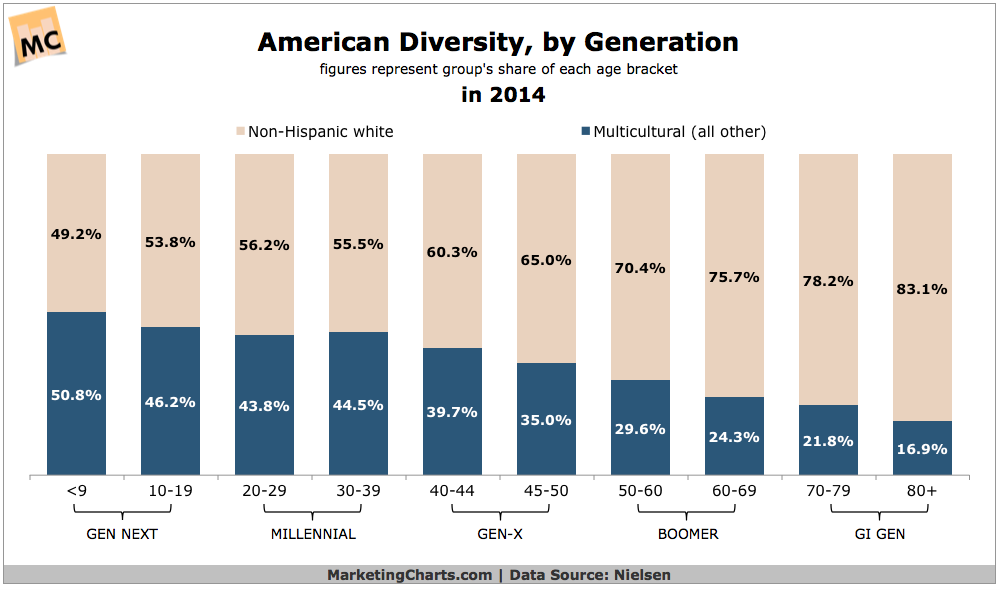 Fewer than half (49.2%) of children aged 9 and younger last year were non-Hispanic Whites, according to a Nielsen study that demonstrates the growing clout of multicultural consumers, who have represented 92% of the population growth in the US between 2000 and 2014. The study cites data demonstrating that multicultural consumers’ higher life expectancies and lower median ages result in significantly more years of effective buying power than their non-Hispanic White counterparts, with Hispanics in particular averaging almost 20 more years of effective buying power. Source: Nielsen