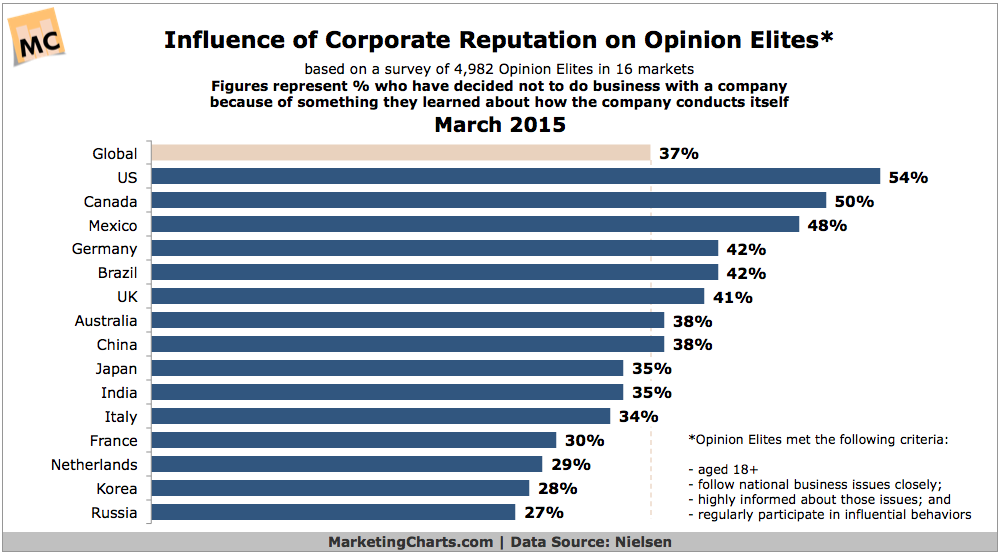 Reputation matters to a majority “opinion elites” in the US, with 54% reporting having decided to not to do business with a company because of something they learned about how it conducts itself, according to recently-released survey results from Nielsen. In fact, “opinion elites” from the US were more likely than those from any other of the 16 countries surveyed to have stopped doing business with a company on account of its reputation, significantly outpacing the global average of 37%.

Overall, almost 7 in 10 “opinion elites” in the 16 countries tracked said that more so than in the past, they proactively try to learn more about the companies they hear about or do business with. Some 54% increasingly hear of what’s going on with companies through social media, although fewer (39%) said that in some ways they trust that information more than the information they see elsewhere. In each case, the percentages were higher for “opinion elites” in emerging than developed markets. Read the rest at MarketingCharts.