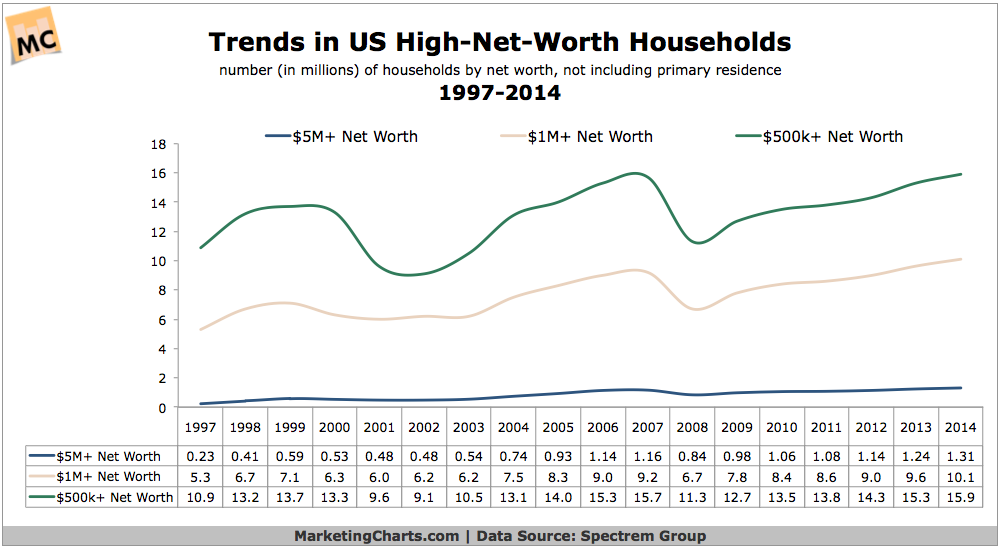 There were 10.1 million US households with net worth of at least $1 million, last year, up from 9.6 million in 2013 and the highest level on record, according to the Spectrem Group’s “2015 Market Insights Report.” That equates to 8.3% of all households, back on par with pre-recession levels of 8.2% in 2007. Meanwhile, the number of households with at least $100,000 in net worth also climbed, to 39.6 million. Last year, an Ipsos study noted that the number of US households with annual income of at least $100,000 has been growing, with 28% of the adult population living in such a household. Source: Spectrem Group