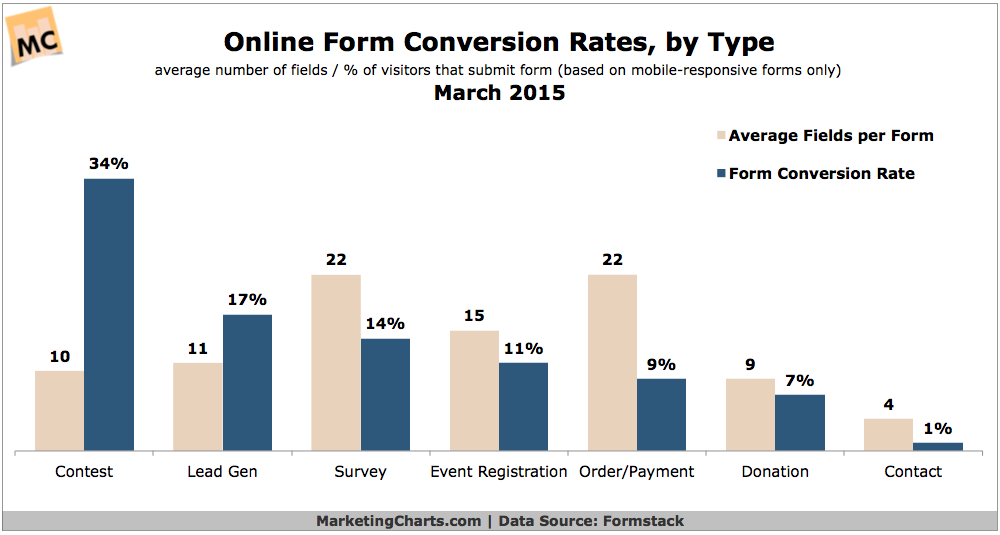 Form conversion rates continue to depend more on the type of form being used than the number of fields in the form, reports Formstack in its second annual “Form Conversion” study. This year’s study adds lead generation forms (such as those used for gated content downloads) to the list of analyses, finding that these forms have an average conversion rate of 17% and average 11 fields.

While lead generation forms sported one of the higher conversion rates of the different types analyzed, they couldn’t hold a candle to contest forms, which had by far the highest conversion rate (34%) for the second consecutive year despite having a similar number (10) of fields on average. Read the rest at MarketingCharts.