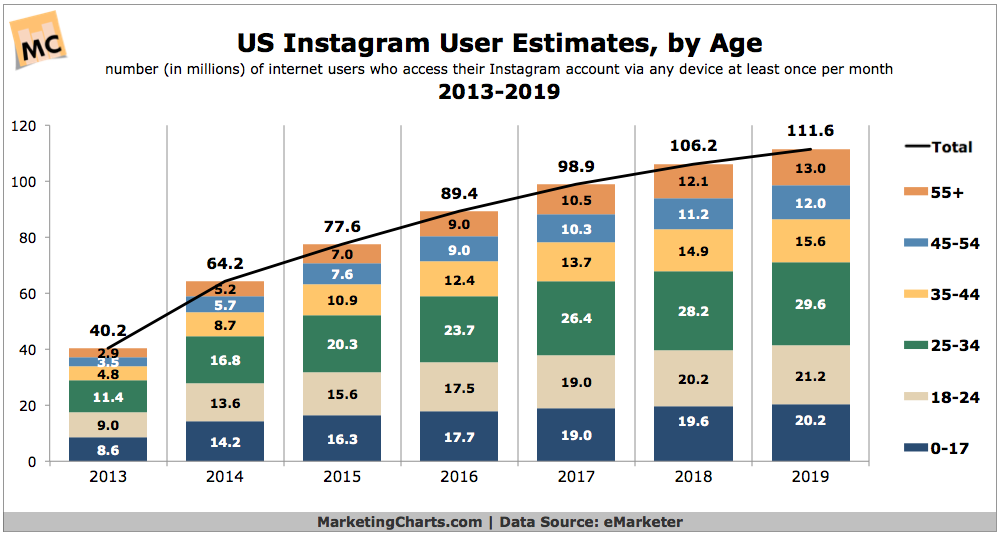 Instagram’s monthly user base in the US grew by almost 60% last year, a faster-than-expected rate of growth that propelled it to more than 64 million users, according to eMarketer’s latest estimates. The short-term forecast is certainly more bullish than estimates released last year by eMarketer: this year’s forecast calls for 89.4 million US users by the end of next year, a significant hike from last year’s forecast of 50.6 million users by 2016’s end.

With its strong growth last year, eMarketer notes that Instagram passed Twitter in US monthly users, becoming the second-largest social network in the US in the process. In the years to come, its expected to consolidate that position, predicted to boast more than 40 million more US users than Twitter by 2019. Read the rest at MarketingCharts.