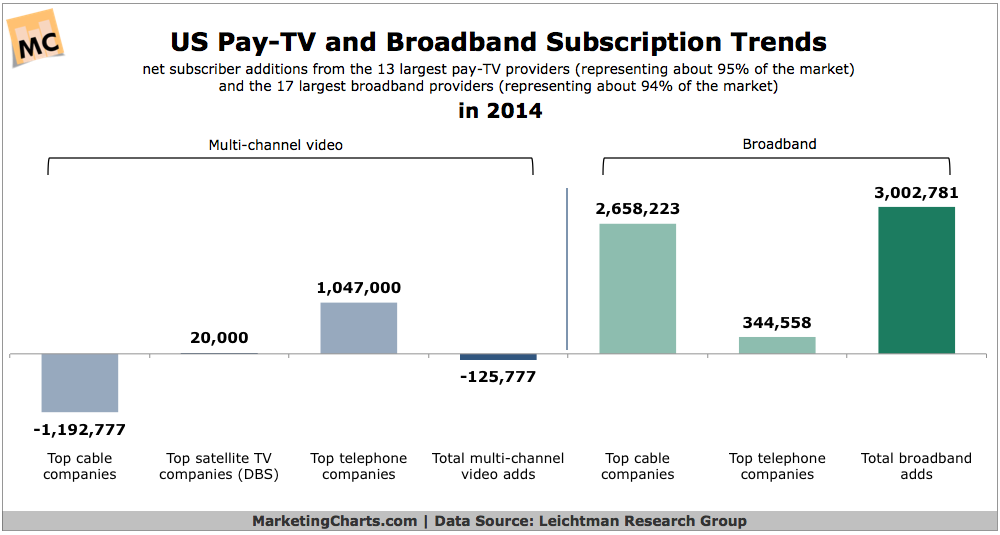 The top broadband providers – representing roughly 94% of the market – added about 3 million subscribers in 2014, bringing their total to 87.3 million, according to data from Leichtman Research Group. That equates to a total broadband subscriber base of around 93 million. By comparison, the top pay-TV providers – representing about 95% of the market – shed close to 126,000 subscribers, bringing their total down to 95.2 million. That equates to a total pay-TV subscriber base of roughly 100 million. The resulting subscription gap between broadband and pay-TV – of roughly 7 million – compares with a roughly 16-million gap in 2011. While pay-TV net losses have remained small – having lost just 0.2% of all subscribers over the past 2 years (so much for cord-cutting?) – it’s worth noting, as has TDG Research, that the latest net loss comes during a period of soaring household formation. Source: Leichtman Research Group