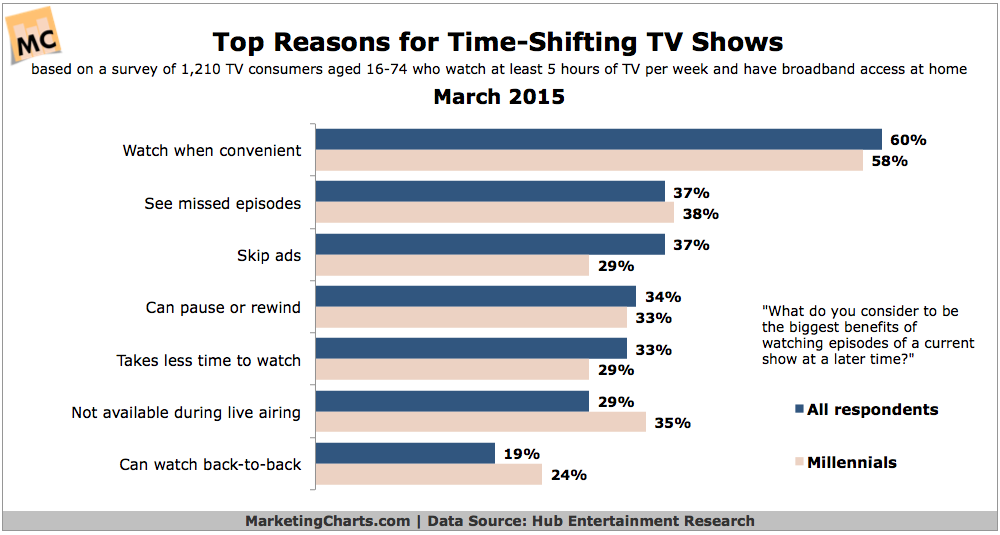 TV viewers claim to spend a slight majority (53%) of their viewing time with time-shifted rather than live (47%) content, according to a recent report from Hub Entertainment Research. While that runs counter to Nielsen figures, which find live TV to be the predominant form of consumption, there’s no doubt that time-shifted viewing is on the rise, an unsurprising trend given that 3 in 4 TV households now have access to at least one on-demand service. So what does this mean for ad avoidance?

The Hub Entertainment Research survey – which was conducted among 1,210 TV viewers aged 16-74 who watch at least 5 hours of TV per week and who have broadband access at home – finds that ad avoidance is a factor in time-shifting, but not the main one. When asked the biggest benefits of watching episodes of a current show at a later time, a leading 60% of respondents cited the convenience of watching on their own time. By comparison, the benefit of skipping ads was cited by significantly fewer (37%), although that was on par with the ability to see missed episodes. Read the rest at MarketingCharts.