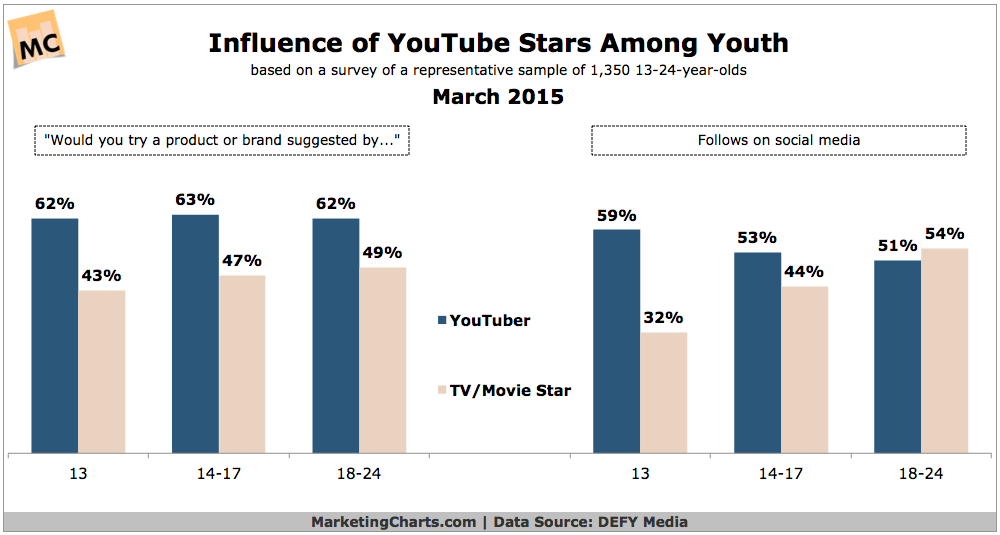 Slightly more than 6 in 10 youth aged 13-24 would try a product or brand suggested by a YouTube star (“YouTuber”), according to results from a DEFY Media survey, while fewer than half would try a product or brand suggested by a TV or movie star. There appears to be an age trend when it comes to following stars on social media, though: 13-year-olds are far more likely to follow a YouTube (59%) than TV/movie (32%) star, while the gap is closer for 14-17-year-olds (53% and 44%, respectively). Among 18-24-year-olds, slightly fewer follow YouTube (51%) than TV/movie (54%) stars. The results bring to mind a separate survey released last year by Variety, in which US teenagers (13-18) named YouTube stars their most influential figures, ahead of film, TV and music celebrities. Source: DEFY Media [PDF]