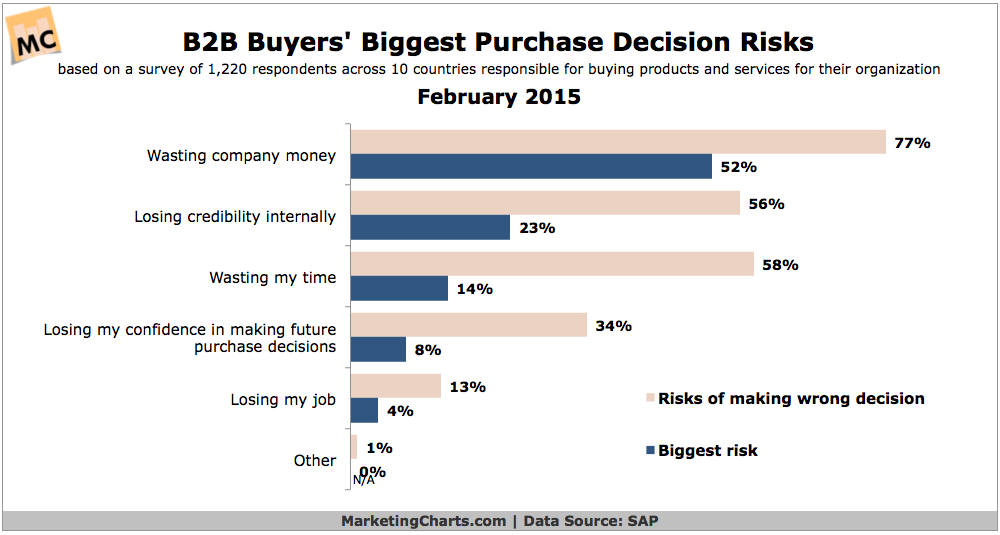 More than three-quarters of business buyers are concerned with wasting company money, and this counts as easily their single biggest risk among 5 identified in a recent SAP study. Of note, B2B buyers are more concerned with losing credibility internally than wasting their time. That result emphasizes the emotional nature of B2B buying, which has been found in previous studies. For example, a Google study released in 2013 discovered that perceived personal value has twice the impact of perceived business value for buyers across a range of business outcomes, while a study released last year by gyro and FORTUNE found a majority of business decision-makers saying that positive feelings such as ambition, hope, and desire for admiration are the most motivating to decisions in all business contexts. Source: SAP