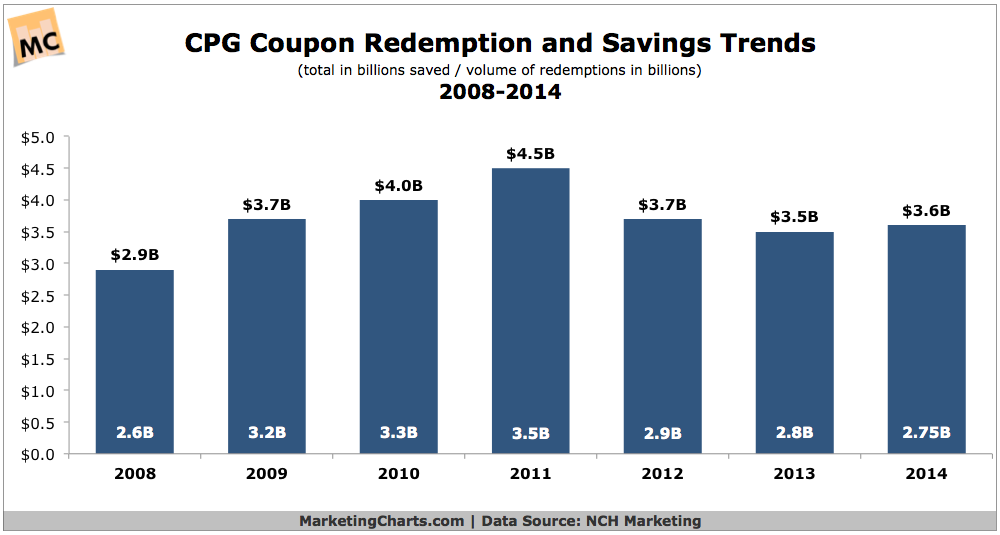 Consumers saved $3.6 billion from redeeming CPG coupons last year, up 2.9% from $3.5 billion the year before, reports NCH Marketing. The increase came despite an overall decline in coupon distributions, from315 billion in 2013 to 310 billion last year. Even so, distribution of coupons for non-food products grew year-over-year, and represented two-thirds of total distribution volume. Average face value offered increased for both food ($1.06) and non-food ($2.05) coupons, though redemptions increased only for non-food coupons (by 11.4%, to 1.225 billion). Free-standing inserts remained the dominant distribution media (92.2% share), while accounting for slightly less than half (48.8%) of redemptions. Digital paperless coupons comprised 4% of redemptions, up from 3.1% in 2013 and 1.3% the year prior. Source: NCH Marketing