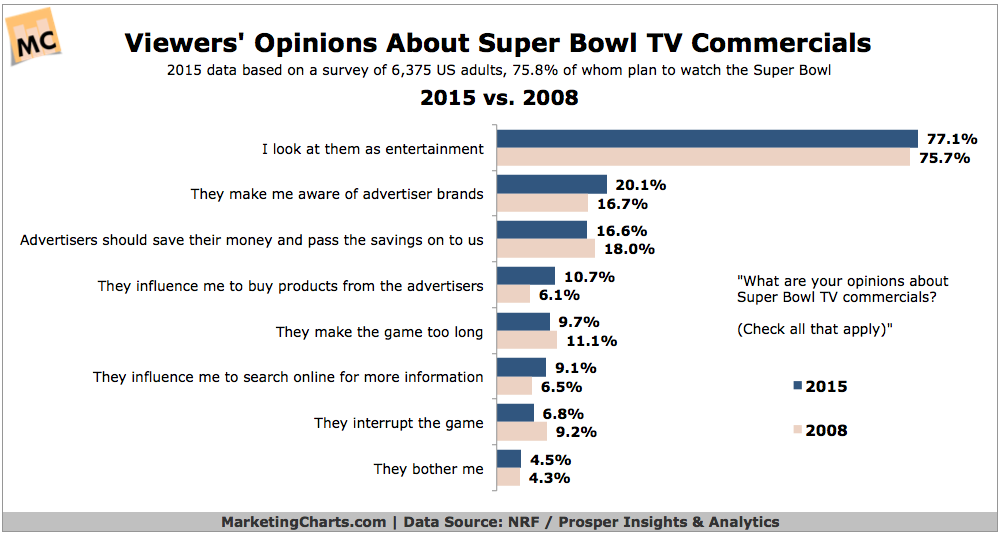 The Super Bowl is almost here, and NBC has reportedly sold out of ad space at a record $4.5 million per 30 seconds. This article provides a quick look at some of the research that has emerged in the past few weeks surrounding the event, including advertiser spending and consumer attitudes to Super Bowl spots.

According to a recently-released survey from the NRF, slightly more than three-quarters (75.8%) of American adults will watch the Super Bowl this year, with this figure having slowly climbed from 69.7% back in 2007. Men (83.1%) are more likely to watch than women, although almost 7 in 10 women plan to watch. When sorting by age group, the survey results also show that youth are more likely to watch than their older counterparts, with 83.1% of 18-24-year-olds expecting to tune in versus 66.8% of adults aged 65 and older. Read the rest at MarketingCharts.