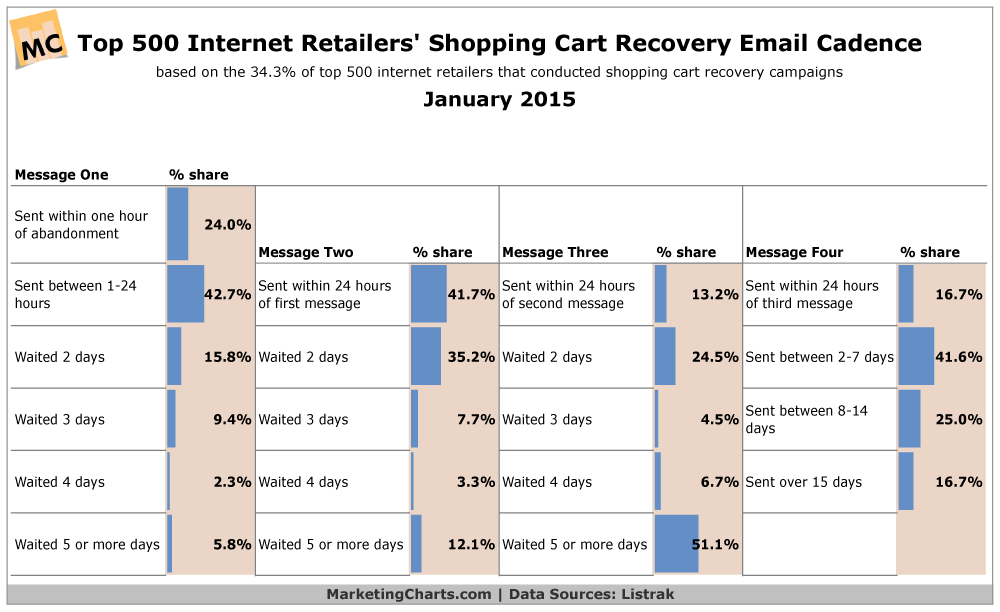 Some 34.3% of the Internet Retailer Top 500 send shopping cart recovery emails in 2014, representing a 45.9% increase from a year earlier, according to Listrak’s latest study of the top 1000 retailers’ email tactics. Among these top 500, a plurality 47% sent only a single message, while more than one-quarter (26.3%) sent 3 or more. Among those sending a message, two-thirds sent the first within 24 hours of abandonment, including roughly one-quarter sending within one hour of abandonment. The most popular time to send the second message was within 24 hours of the first message, although those sending third and fourth emails tended to space them further apart. Source: Listrak