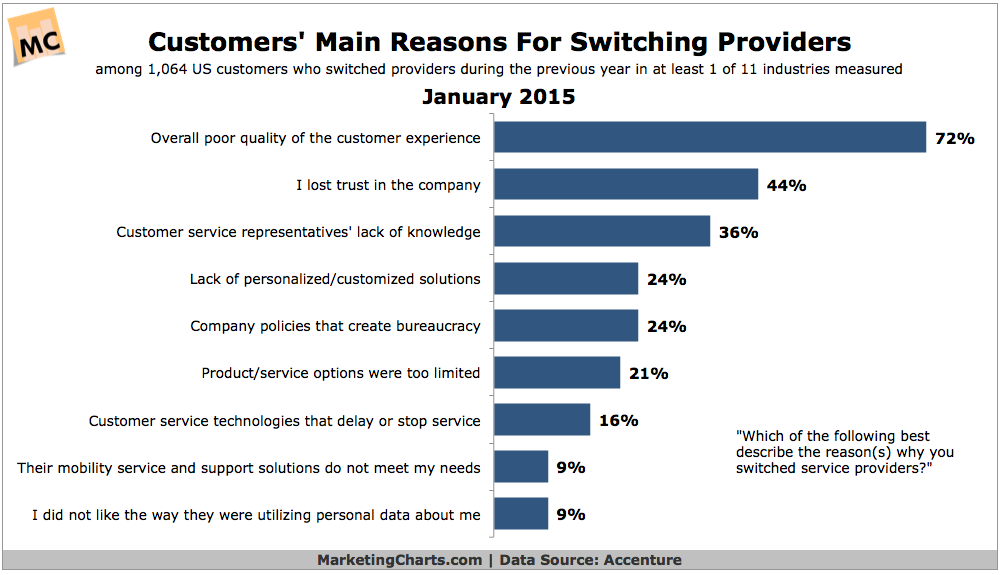 Some 53% of US customers surveyed last year reported having switched providers during the prior year due to poor service, according to a recently-released Accenture Strategy study. That 53% figure is up from 51% in 2013 and 46% in 2012, though the most recent study tracked switching behavior in an additional industry (health care providers), which may have had an impact on the results.

The overall poor quality of the customer experience was providers’ biggest culprit, cited by 72% of those who switched in at least one industry as a main reason for doing so. Lost trust in the company (44%) and customer service representatives’ lack of knowledge (36%) were also significant pain points for switchers. Read the rest at MarketingCharts.