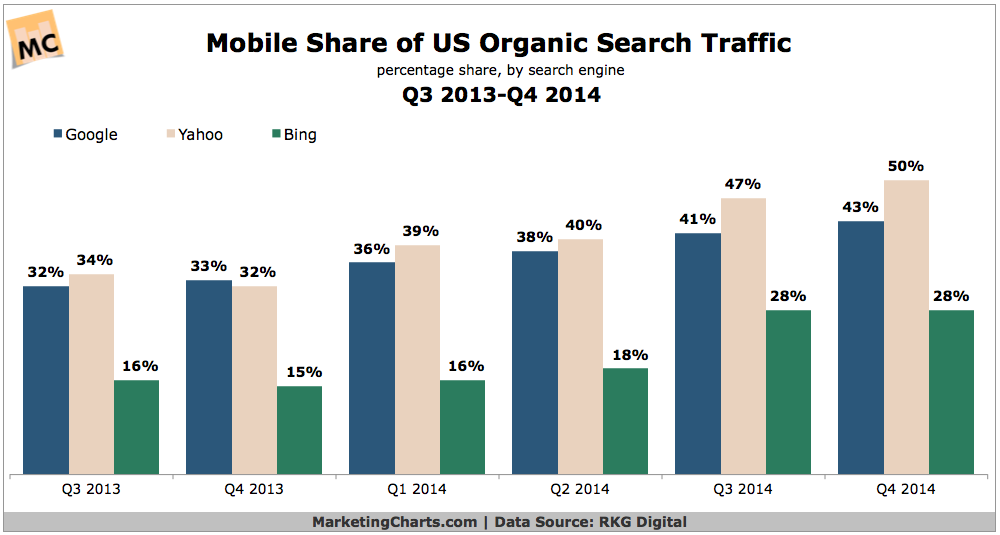 More than 42% of US organic search visits in Q4 2014 came from mobile devices, up from 31% share during the year-earlier period, details RKG Digital in its latest quarterly digital marketing report. The study notes that iOS devices’ share of mobile search traffic has declined, although they retain a commanding lead over Android devices. Indeed, iOS devices contributed twice as much organic search traffic share (27% share) as Android devices (13%).

Among the top search engines, Yahoo was again the most influenced by mobile devices in Q4, as in each quarter of 2014. For the first time, half of Yahoo’s organic search traffic came from mobile devices, with mobile’s share of Google search traffic at 43%. Bing remained further behind, at 28% share. Read the rest at MarketingCharts.