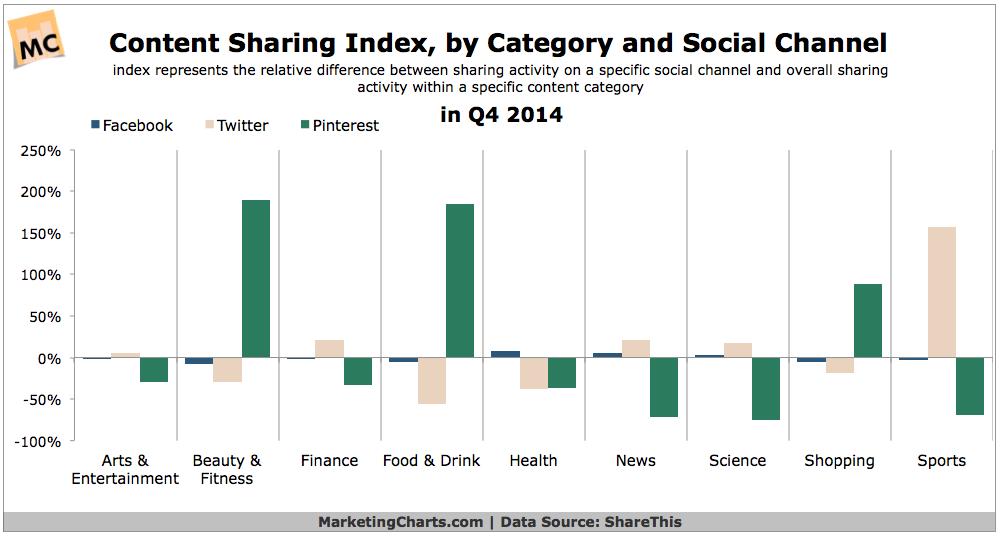 Facebook continues to be the dominant social platform for content sharing, per the latest quarterly report from ShareThis, an unsurprising result given its popularity among American adults. Interestingly, the report finds that of the most prominent social sharing platforms, Facebook’s stature rose the most during 2014, while Twitter experienced a decline. And as the report notes, while Facebook is a “fundamental channel,” other major channels “serve niche interests.”

Some of Facebook’s gains can be attributable to the rising influence of mobile. As the report details, almost two-thirds of sharing activity in December occurred on smartphones (51.9%) and tablets (14.5%), and Facebook owns the mobile sharing space to a greater extent than the desktop equivalent (85% and 74%, respectively). Read the rest at MarketingCharts.