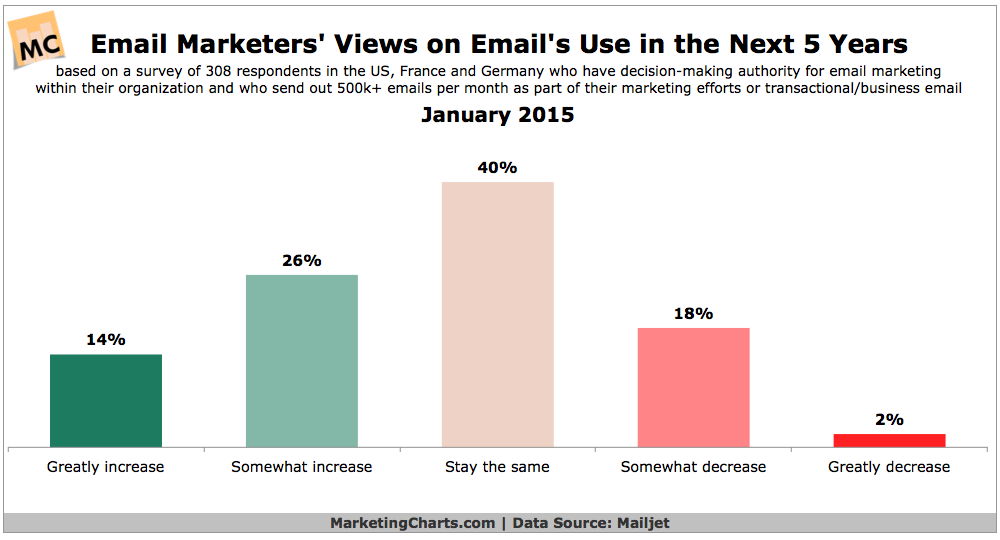 There have been various prognostications of email’s pending demise, even as the channel continues to prove effective for marketers. Email marketers themselves don’t appear to be overly worried, though, according to a Mailjet-commissioned study. Indeed, 4 in 10 respondents feel that email’s role will either greatly (14%) or somewhat (26%) increase over the next 5 years as part of their marketing strategy, twice the share who see its role as either somewhat (18%) or greatly (2%) decreasing. Interestingly, respondents from smaller companies (1-499 employees) are in fact more likely to see email’s role as decreasing (32%) rather than increasing (25%), though these respondents made up only a small minority of the survey’s sample. Source: Mailjet