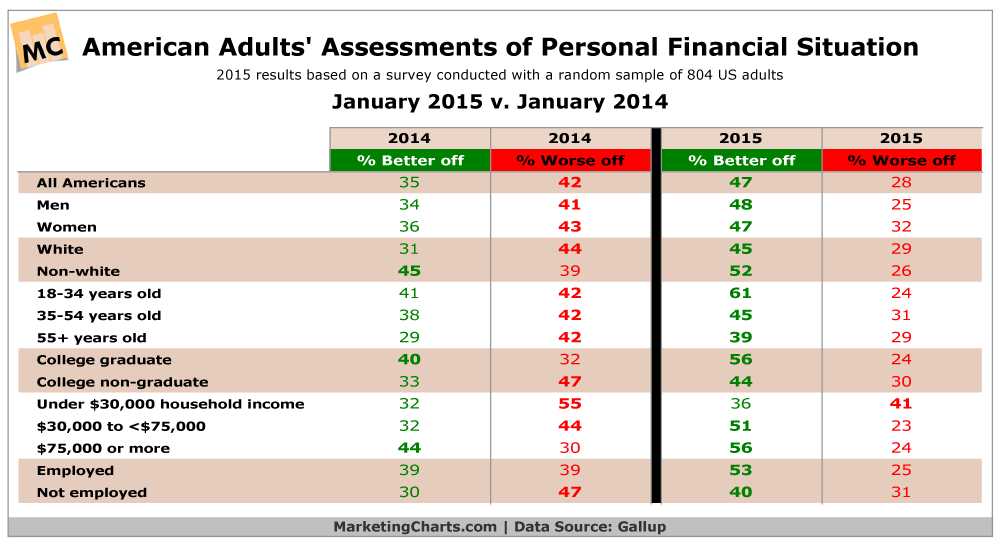 American adults are feeling better about their personal financial situations this year, according to newly-released survey results from Gallup. While adults last January were more likely to rate their situation as worse off (42%) than better off (35%), that sentiment has switched to the positive this year, with respondents significantly more likely to see themselves as better (47%) rather than worse (28%) off. The most dramatic swings have been for 18-34-year-olds (61% seeing themselves as better off, compared to 41% last year) and middle-income households. Read the rest at MarketingCharts.