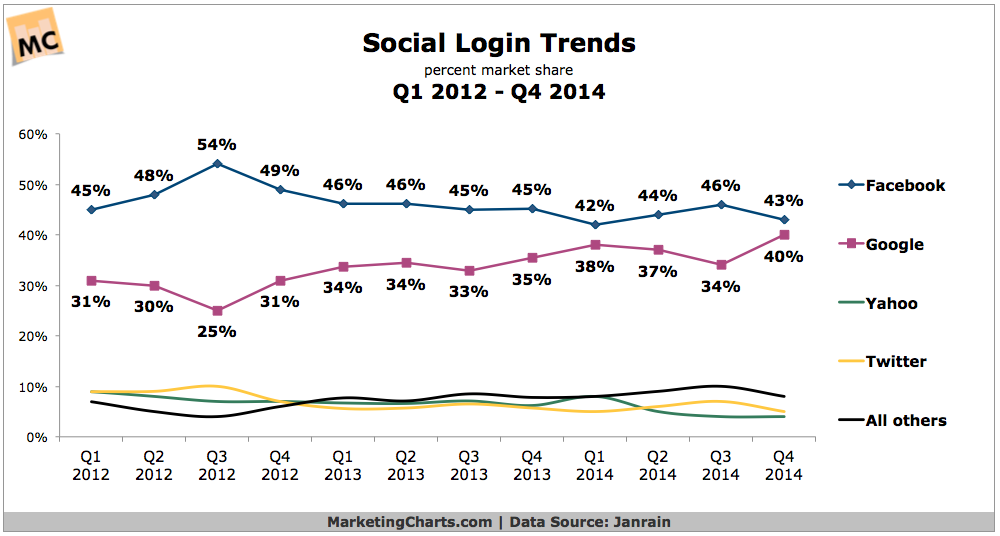 Google’s market share of overall social logins increased by 6% points quarter-over-quarter to reach 40% in Q4, per Janrain’s latest report. That leaves it just 3 points behind Facebook, the narrowest gap since the beginning of 2011, when it first surrendered its lead to Facebook. Of note, Q4 has been kind to Google in market share the prior two years, also. Meanwhile, LinkedIn took the lead in the competitive B2B space, with its 6-point increase giving it the clear lead at the end of 2014. Source: Janrain