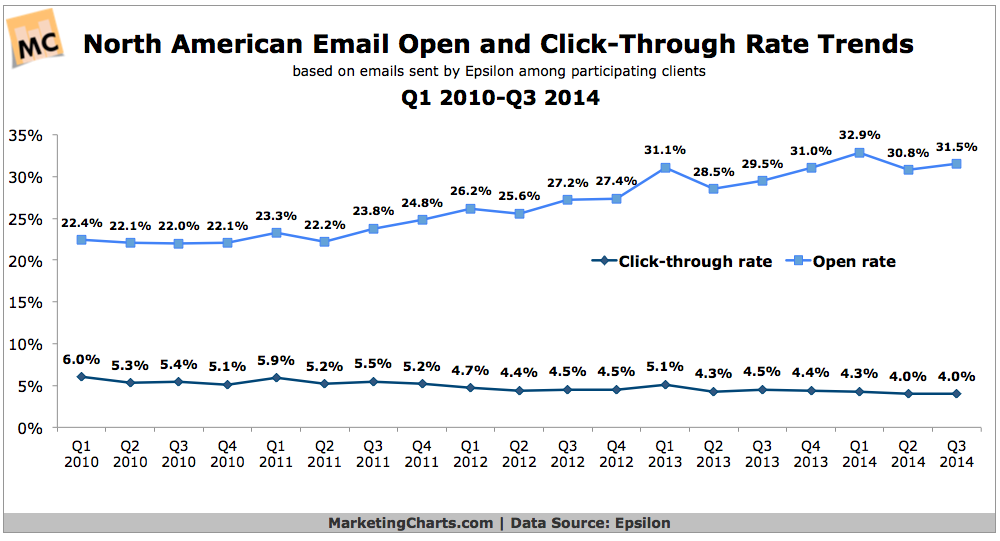 from the latest quarterly email marketing metrics report from Epsilon – covering Q3 2014 activity – show the continuation of a theme observed for some time now, with open rates gradually climbing while click rates take the opposite direction. In fact, open rates have increased on a year-over-year basis in each quarter going back at least as far as Q1 2011. Click rates, by contrast, have only increased on a year-over-year basis in 3 of the last 15 quarters of data. Epsilon notes that this could be due to the growing role of mobile: while most email opens now occur on mobiles, PC users tend to click more. Separately, the report demonstrates that triggered emails continue to see significantly higher open and click rates than BAU (business as usual) emails, though their click rates have also been down in recent quarters. Source: Epsilon