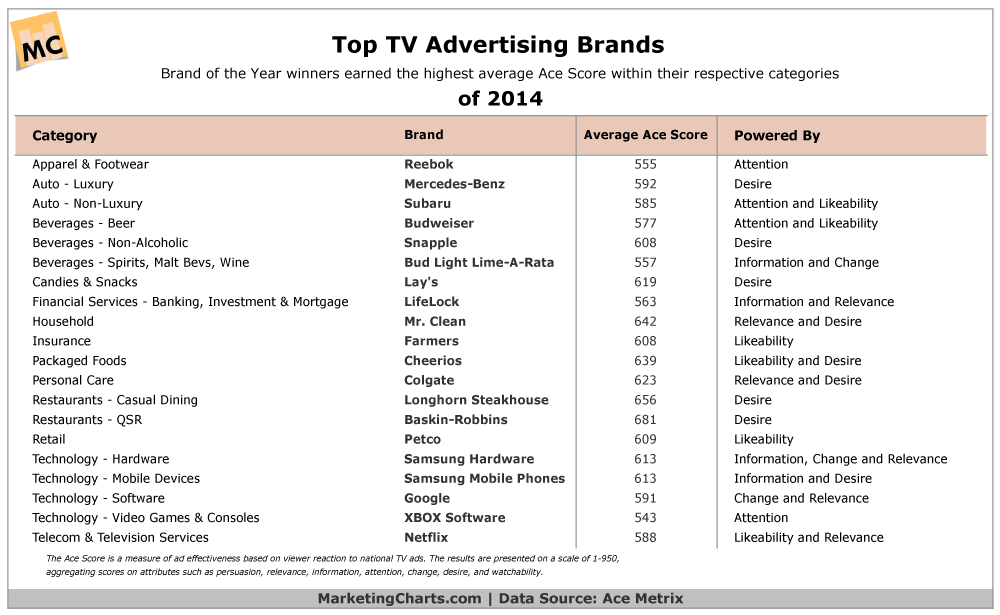 Despite declines in viewership, TV is still one of the most influential channels in the US. So which brands outperformed their competitors last year? Ace Metrix has issued its latest annual list of the brands that aired the most effective ads in relation to their competition – with some familiar names scoring highly.

After being named the brand of the year in 2013, Google was in the thick of things again in 2014, topping the Software and Websites category again with an average Ace Score of 591. Its “Year in Search 2014″ ad registered an Ace Score of 691, 37% higher than the category average, representing the largest gap of any ad in 2014. It performed the same feat in 2013 with its “Here’s to 2013″ spot. Read the rest at MarketingCharts.