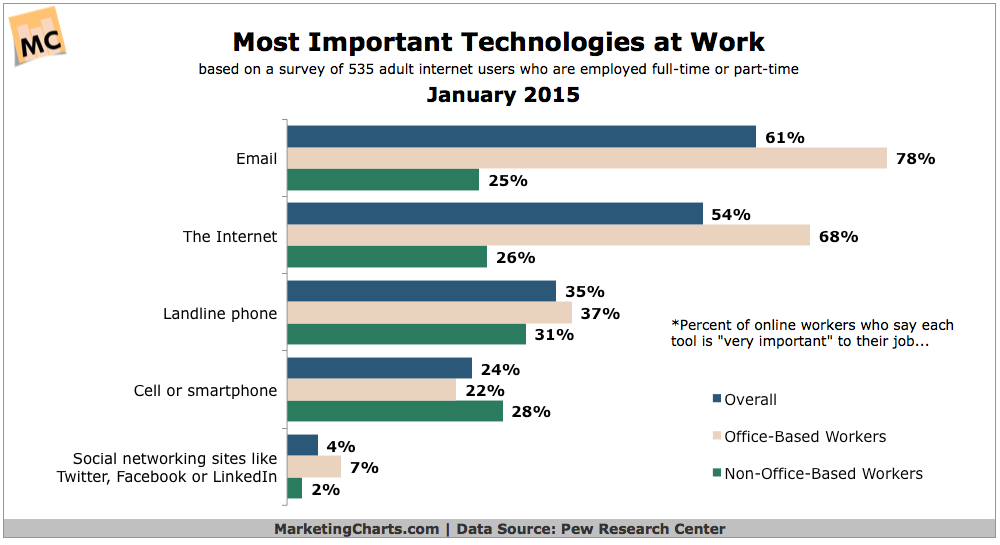 Email (61%) beats the internet (54%) and landline phones (35%) as the most important technology for working internet users, according to a recently released survey. However, email and the internet are considerably more important to those with white collar jobs (“office-based workers”) than to those with blue collar employment (“non-office-based workers”), with the latter most dependent on landline and cell/smartphones. Overall, the study also reveals that 46% of employed internet users believe the internet has made them more productive at work, with just 7% feeling that they’re less productive as a result. Source: Pew Research Center [PDF]