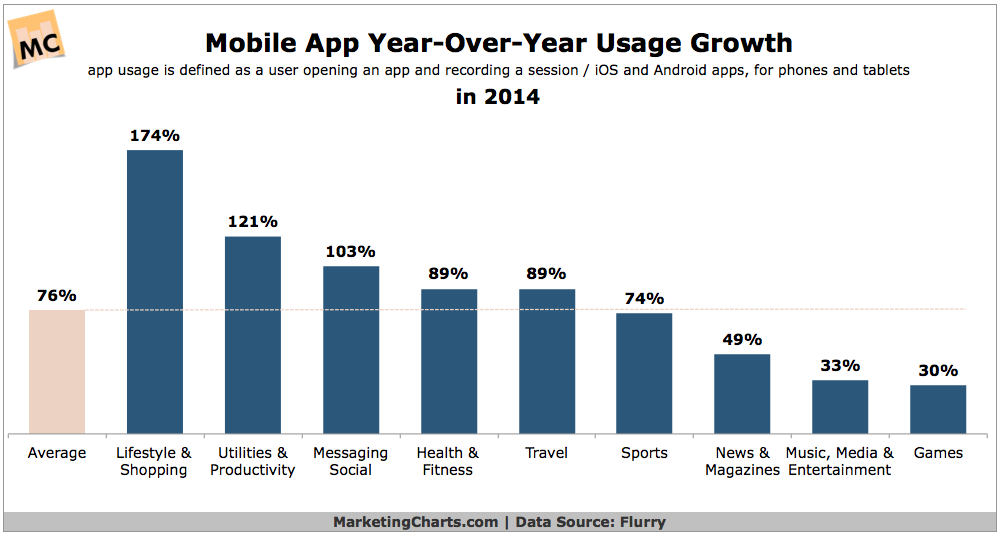 Mobile application usage – defined as a user opening an app and recording a session – increased by 76% year-over-year, according to new data from Flurry. That follows a 115% year-over-year rise in 2013. Interestingly, growth rates in 2014 were largest for the lifestyle & shopping (174%) and utilities & productivity (121%) categories, with entertainment categories such as music, media & entertainment (33%) and games (30%) registering smaller growth rates. As such, Flurry notes a shift whereby the growth in mobile is moving from entertainment to productivity apps. Source: Flurry