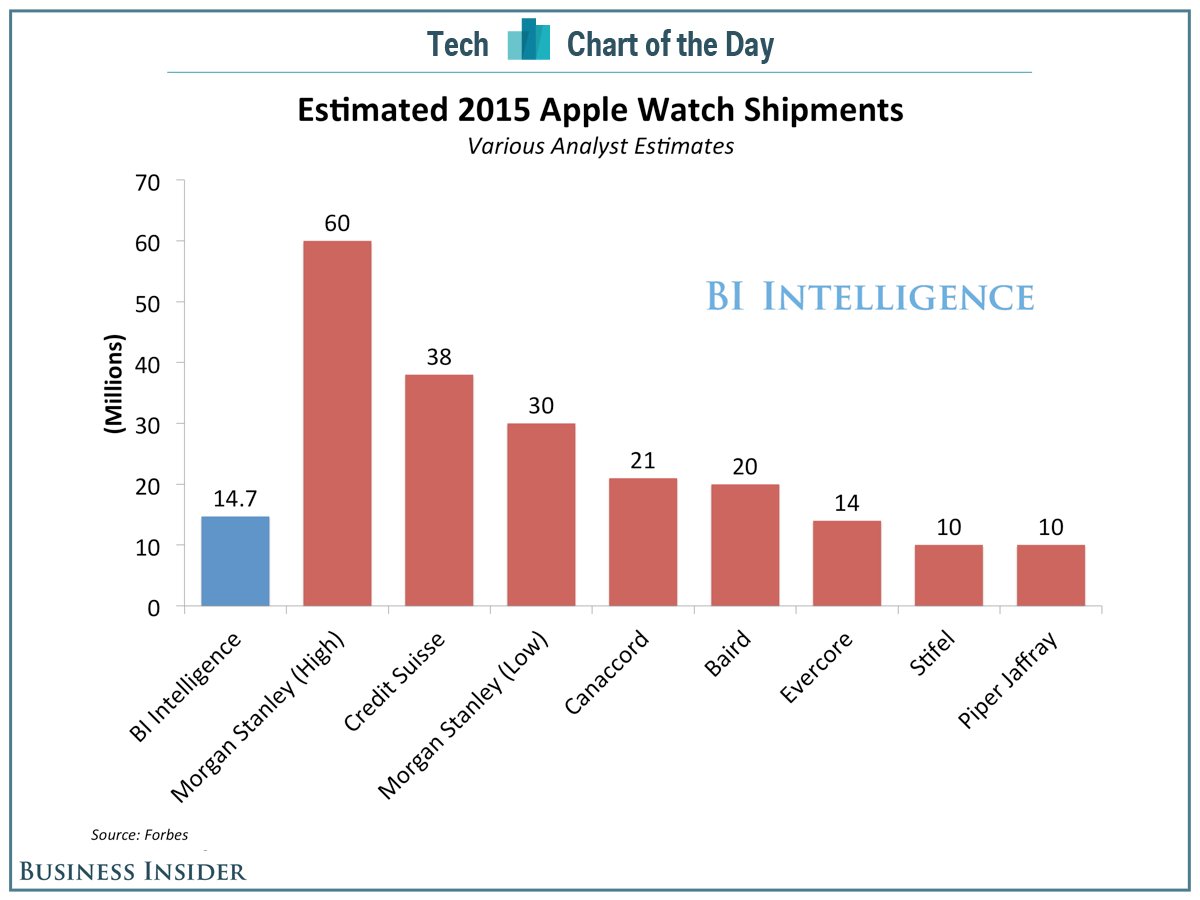 Apple announced the Apple Watch in September. It goes on sale in “early 2015,” according to Apple.

The Apple Watch is Apple’s first new entry into a major product category since the iPad. It’s Tim Cook’s first brand new product since taking over as CEO.

As such, expectations for the product are loaded. If it fails, then it will be interpreted as a bad sign for the post-Steve Jobs era of Apple. If it’s a smash hit, then it’s a sign that Apple will be just fine without him. Read the rest at Business Insider.