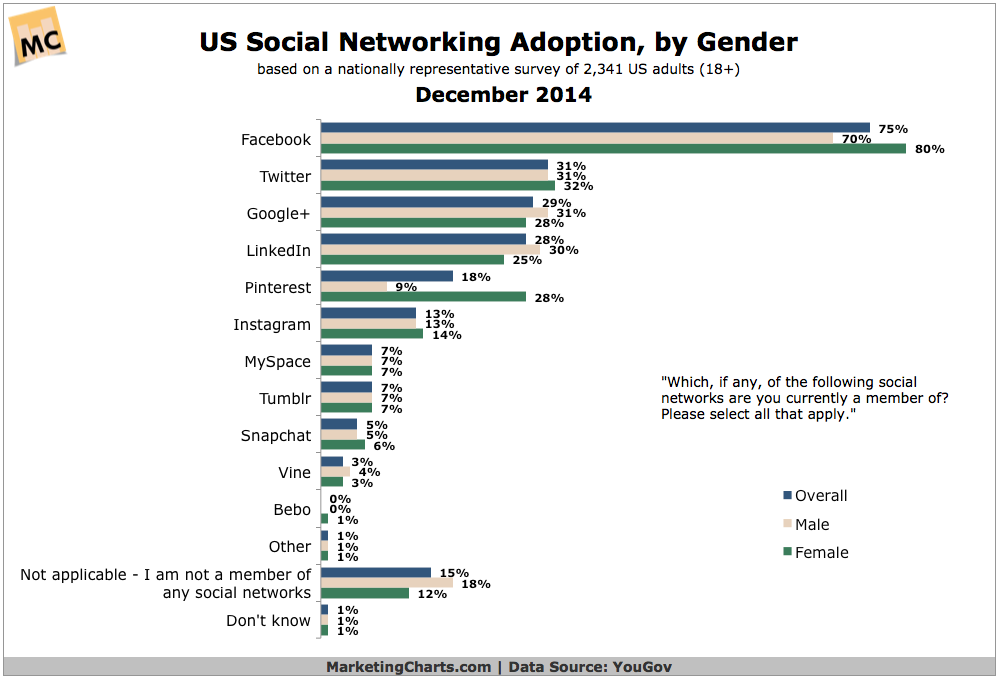 Only 15% of US adults say they are not a member of any social networks, finds YouGov in a newly-released survey, with this figure higher among men (18%) than women (12%). Consistent with most research on the topic, women lead men in stated adoption of most social networks, with LinkedIn and Google+ the exceptions among the larger platforms.

The data comes from a screening question in a survey about how social media users react to certain types of posts (such as racist, political, and sexist ones). The survey was fielded online from December 19-22, 2014 among 2,341 adults (18+), with the figures weighted to be representative of all US adults. Read the rest at MarketingCharts.